The left fielder launched a long home run into the third deck in right field during a game against the Milwaukee Brewers on May 29. As the team has done each time a home player hits a home run into that section, the Nationals replaced the blue seat where it landed with a red one.

Schwarber is in Washington on a one-year, $10 million deal but the former Chicago Cub hopes that he can return next season and beyond. He joined the Grant and Danny show on 106.7 The Fan before Monday’s game against the Pittsburgh Pirates and said he wants to add a few more red seats up there before his time in D.C. is up.

“I heard about the red seats and I was like, ‘Man, I really don’t hit a lot of balls down the line that high,’” Schwarber said. “I felt like if they were pulled down the line, they were kind of line drives. To get one up there, that’s pretty cool. To be a part of Nats history and things like that, I would love to be here for longer and try to collect some more red seats.” 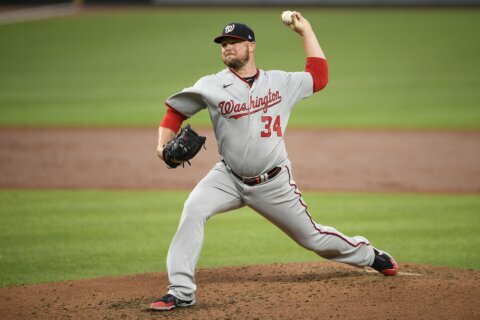