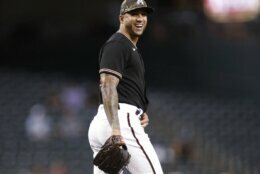 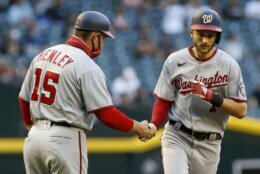 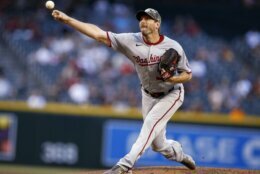 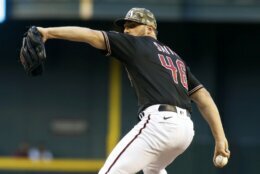 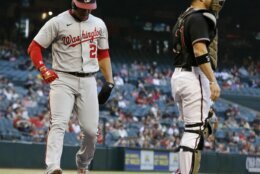 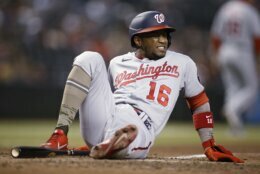 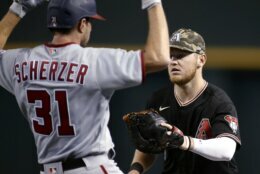 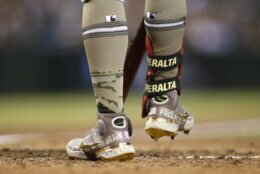 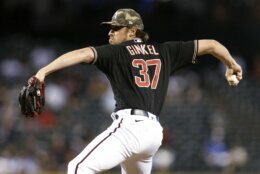 Turner’s ninth homer of the season on Riley Smith’s second pitch was a no-doubter into the stands in left-center, and Washington was just getting started. Josh Bell and Gomes added two-run doubles, helping stake Max Scherzer to a 6-0 lead before he ever took the mound.

Kyle Schwarber hit a solo homer in the second, and Victor Robles’ RBI double made it 8-0 in the third.

“It was just one of those days,” Gomes said of his five-hit night. “Seeing the ball well.”

The eight early runs were more than enough for Scherzer (3-2), who breezed through the Diamondbacks’ injury-depleted lineup. The veteran right-hander struck out seven in five scoreless innings, surrendering just two hits and walking one.

Scherzer said he was dealing with a sore throat and it was nice to only have to throw 85 pitches and leave after five innings with a big lead.

“Just battled through it, found a way to get it done,” Scherzer said. “It’s 11-0 after five so just get out of there.”

The 17 runs were a season high for the Nationals, who also had a season-high 22 hits. Seven players had at least two hits, including Gomes, who finished 5 of 6 and scored a career-high four times. Turner and Bell both had three RBIs. Andrew Stevenson hit a three-run homer in the ninth.

Manager Dave Martinez was pleased with his team’s patience and approach at the plate.

“We accepted our walks and when the ball was in the strike zone we hit it hard,” Martinez said.

The Diamondbacks have lost nine of their last 11 games. They finished with six hits — two each by David Peralta and Andrew Young — and had a sloppy game in the field with three errors.

“We just need to turn the page,” Peralta said. “That was a bad night.”

Peralta — the D-backs’ usual left fielder — pitched the ninth inning. He gave up Stevenson’s homer and struck out one. The 33-year-old was originally signed as a pitcher by the St. Louis Cardinals before transitioning to the outfield. His time on the mound provided some comic relief and Peralta said he’ll keep the baseball from his first career strikeout.

Manager Torey Lovullo said Peralta had been bugging him for five years to get a chance on the mound.

“Sometimes you’ve got to accept the defeat and move on,” Lovullo said. “We lost the battle today, but that doesn’t mean we’re not going to go out, take the next steps and get the next one.”

Nationals: Robles was hit by a pitch on the back of his left leg and left the game in the fifth. He initially stayed in the game, but after running from first to third he was replaced by Stevenson. Martinez said the ball hit the “belly” of Robles’ hamstring and it started to tighten on him.

Diamondbacks: Placed INF Asdrubal Cabrera on the 10-day IL with a strained right hamstring. Cabrera was hurt during Thursday’s game against the Marlins while trying to steal second base. OF Nick Heath was called up from Triple-A Reno.

The Diamondbacks will send RHP Seth Frankoff to the mound for his first appearance of the season. He’ll face Washington RHP Joe Ross (2-2, 4.26 ERA) on Saturday in the second game of the three-game series. 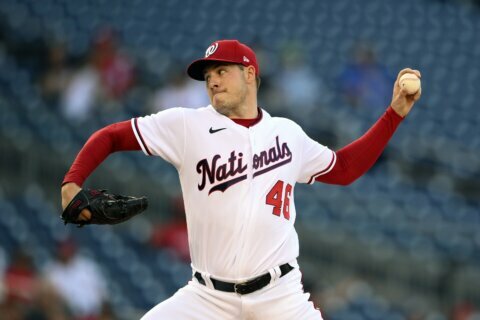 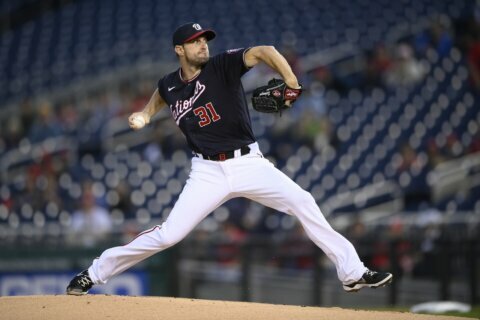 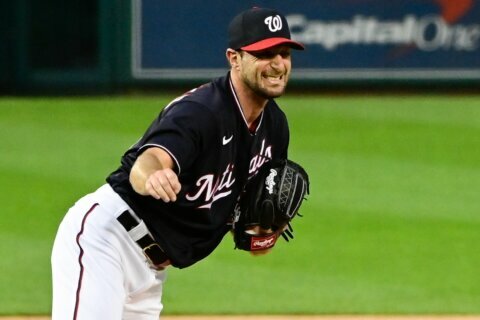