WEST PALM BEACH, Fla. (AP) — Right-handed reliever Jeremy Jeffress agreed to terms with the Washington Nationals on a minor league deal that is pending the successful completion of a physical exam.

“He’s got to come in, take his intake test, take a physical, and then we’ll know more after that. But if everything goes well, I’m excited that we’ll have him,” Nationals manager Dave Martinez said Monday. “A veteran guy that knows how to pitch out of the back end of the bullpen.”

He’s another addition to the back end of a Nationals relief corps that already included Brad Hand, Daniel Hudson, Will Harris and Tanner Rainey.

The 33-year-old Jeffress was taken by Milwaukee in the first round pick of the 2006 amateur draft and has pitched for five teams over 11 years in the majors. He was an NL All-Star in 2018 for the Brewers.

Last season, Jeffress went 4-1 with a 1.54 ERA and eight saves in 10 chances for the Chicago Cubs.

“The guy takes the ball every day. He’s a competitor. You never have to ask him whether he’s OK to pitch,” Martinez said. “What we liked is, he pitched well last year. He got back to that form like he was when he was an All-Star.”

NOTE: RHP Max Scherzer threw from 60 feet on flat ground Sunday as he deals with an ankle injury, Martinez said. “He said he’s about 80 to 85 percent. I know he worked out today, said he felt no pain,” Martinez said. 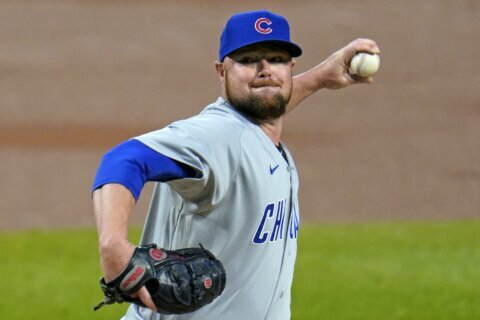 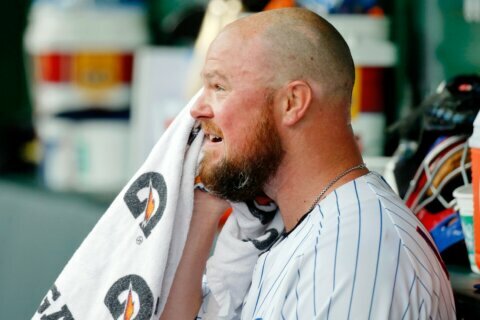