The Nationals expect starting pitcher Stephen Strasburg to be a full participant at spring training despite undergoing carpal tunnel surgery last summer. Strasburg has been on track to return in time for the start of the 2021 season and he reported to camp in West Palm Beach showing no signs of any setbacks.

“He looks good — he looks great actually and he feels good, which is the most important thing,” Nationals manager Davey Martinez said in a Zoom call Thursday. “With that being said, we all know he threw five innings last year so we’re gonna keep a close eye on him and just kind of build him up.”

Strasburg, 32, appeared in just two games last season before a nerve issue in his throwing hand forced the Nationals to shut him down. The former World Series MVP is one season into the seven-year, $245 million deal he signed with Washington less than six weeks after leading them to their first championship in franchise history.

Washington will rely on Strasburg to be a key cog in the middle of their rotation in 2021 and beyond. Fellow ace Max Scherzer is in the final year of his contract with the team while Patrick Corbin represents the only other player on the Nationals’ roster signed to a guaranteed deal after 2022. 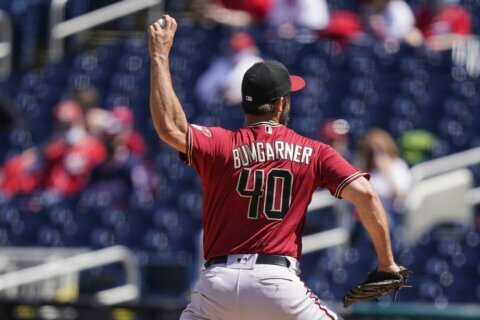