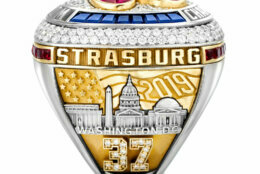 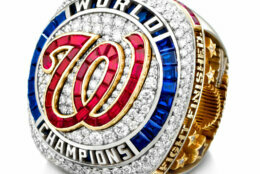 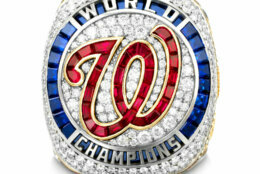 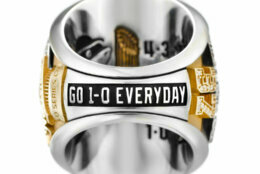 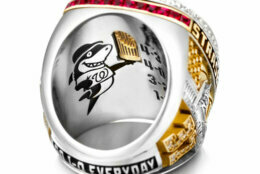 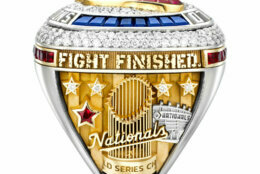 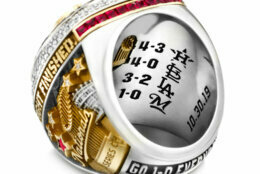 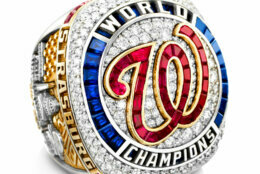 The baseball season would have been celebrating the end of its second month if it had started on time. But because the season was postponed due to the coronavirus pandemic, celebrations have been taking place online.

While the Nats originally planned to have a virtual World Series championship ring presentation on Sunday night, players decided they would rather wait to do it in person.

Jeweler Jostens created the ring for the Nats, who won the World Series to cap an improbable run that started around Memorial Day 2019. The Nats won the crown in Houston on the night of Oct. 30, 2019.

The ring is crafted from 14-karat white and yellow gold and includes 30 rubies in honor of the team’s 30 runs scored in its four World Series wins over the Houston Astros last fall.

There are also 58 diamonds and 32 sapphires. The combination of the gems represents various key numbers from the championship season.

The design also alludes to some of the key elements of the season, including an image of Baby Shark and the slogan “fight finished.”