Doolittle’s public relations team asked him what he wanted to do in the offseason to extend riding the wave of the historic Fall Classic win.

Did he ask for a cameo in the latest “Star Wars” or TV series, like the Mets’ Noah Syndergaard did on “Game of Thrones?”

No — Doolittle said he wanted to be on his favorite radio game show: NPR’s “Wait Wait … Don’t tell Me!” And his dream came true.

Doolittle was a guest during a segment of “Not My Job.” The staff of the show quizzed the athlete on real-world saves — not the ones he’s used to as a major league pitcher for the Nationals.

The reliever answered three questions by the show’s host Peter Sagal during his portion of the Thursday taping, and let’s just say that Doolittle didn’t strike out.

Doolittle, or “Obi-Sean Kenobi Doolittle” (he’s a huge “Star Wars” fan) used his twitter account to thank the show for his appearance on Thursday.

I got to be a guest on my favorite radio game show @waitwait alongside my new friends @petergrosz, @paulapoundstone, @Faith_Salie, and host @petersagal! It was a hilarious show so I hope you’ll keep an eye out for the podcast ep or check it out when it airs this Saturday on @NPR! pic.twitter.com/1EzJjKw2kG 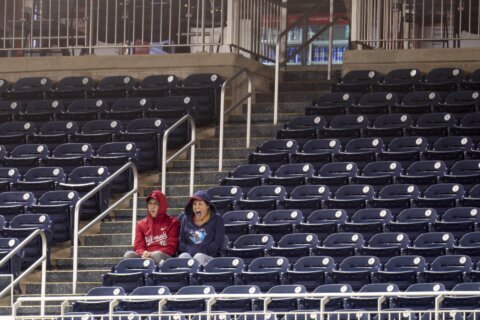