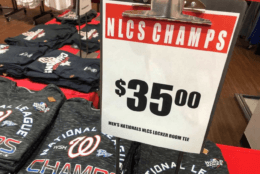 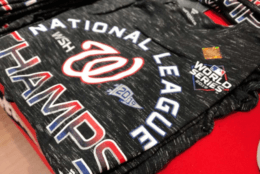 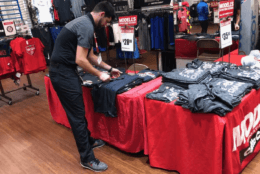 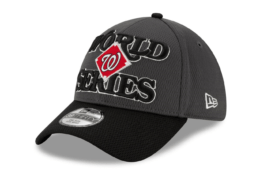 Longtime and bandwagon fans of the Washington Nationals are eagerly buying T-shirts and hats proclaiming the team has won the National League pennant, and is headed to the World Series.

One mother rushed into the Modell’s store on Wisconsin Avenue in Bethesda in the 6 a.m. hour, to buy T-shirts and caps for her children as a surprise.

Asked why she didn’t just buy the championship gear online, the mother pshawed the idea: “We need to wear it today to school, to celebrate.”

Kiska Wright, a manager at the Bethesda Modell’s, wasn’t surprised that fans would go shopping when they could be sleeping.

“Most people just like having bragging rights,” she said. “We’re just showing our pride for our Nationals.”

Demand was so high that the Bethesda Modell’s was sold out of dark gray hats, with the words World Series — the caps the team wore in the locker room immediately after the victory.

“We’ll be getting more stuff throughout the day,” Wright said. “We anticipated winning, so they just drop ship a lot of our merchandise for next day shipping.”

The heathered gray locker room shirts were still in stock, with National League Champs surrounding a curly W, and a logo that reads “World Series 2019.”

A few postseason caps and other National League Champions shirts were available — and all will be replenished, according to Wright.