Baseball is America's pastime, but football is America's passion. No matter how successful the other teams might be around here, it doesn't fill the void that each Redskins fan carries in their heart.
Listen now to WTOP News WTOP.com | Alexa | Google Home | WTOP App | 103.5 FM

You might have heard that the Washington Nationals are Major League Baseball’s World Series champions.

(Pausing here so you can joyfully scream again.)

The Washington Mystics raised a WNBA trophy of their own a few weeks ago across the Anacostia River.

And who could forget the Nats’ beloved bros up in Chinatown, the Washington Capitals? They’re finally over their 2017-2018 Stanley Cup parade hangover, and they’re leading their division right now.

(Who’s up for another parade in June? Yeah? Us too! Make some more noise!)

Give it up for D.C. United, too! Their new pitch is sweet, and they made a playoff run of their own this year.

And hey, how about those Washington Redskins?

They beat the Dolphins!

They got a “damn good” organizational culture, y’all! Get excited!

Indeed, it’s impossible to take stock of one’s riches without acknowledging the … um … deficiencies. And before any of y’all start sending hate mail this way, keep in mind that social media started the fire here. I’m just sayin’.

To paraphrase Fox NFL analyst Howie Long: Baseball is America’s pastime, but football is America’s passion. No matter how successful the other teams might be around here, it doesn’t fill the void that each fan carries in their Burgundy and Gold heart.

For once upon a time, legends walked the sod of RFK Stadium. Legends known now by their surnames: Theismann. Riggins. Monk. Rypien. Taylor. Washington’s passion was quenched, more than once, once upon a time.

Today, the void is vast. And it expands each year that Sith Lord Belichick raises the Lombardi Trophy.

Not to put too fine a point on it, but autumn Sundays aren’t an event around D.C. anymore. And for a struggling franchise, the one thing worse than being mocked is being ignored.

At least in this instance, they’re being mocked.

If the crew at Redskins Park needs some inspiration, they can look no further than Capital One Arena. While the Nats were climbing out of a two-run deficit and achieving immortality Wednesday night, Your Washington Wizards were holding their own against James Harden, Russ Westbrook and the Houston Rockets.

They gave up 159 points, yeah. But they rang up 158, too, and they probably would’ve gotten the W if Harden weren’t such an F-word.

Judging from the first few games, new GM Tommy Sheppard has put together a hungry, fun squad this year.

Perhaps the Wizards’ potential — and the other local teams’ successes — will elevate Washington’s NFL franchise. Perhaps it will drive them to take stock of themselves and make the right changes, so they can make a playoff run of their own in the near future.

Because the void can only exist for so long. 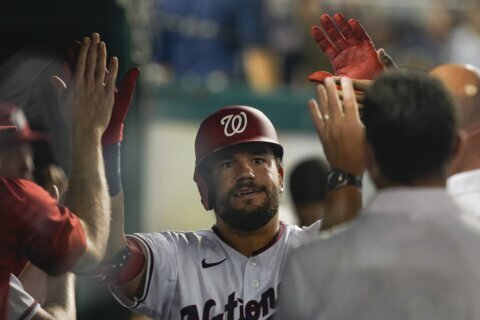 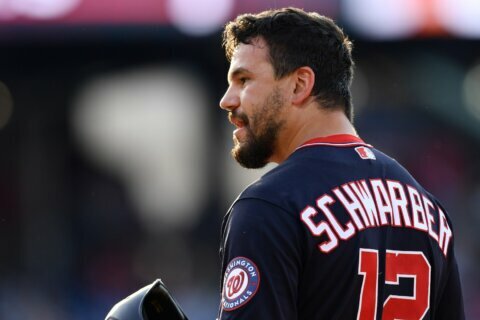