The status of Pittsburgh Steelers top running back James Conner for Monday afternoon’s game against the Washington Football Team is in question after he landed on the reserve/COVID-19 list this past weekend.

The Steelers are already in the bottom third in the NFL in terms of running the ball. Not having Conner would be a tough blow for Pittsburgh as it prepares for Washington’s defense, a group that has been playing great football over the past couple of weeks.

However, even if Conner is unable to play this week Washington defensive coordinator Jack Del Rio says his unit won’t overlook what Pittsburgh’s other running backs are capable of doing.

“Conner is a good back, but I think they’re capable with all their backs,” Del Rio said Thursday. “We don’t ignore the run because Conner is out or not out. We’ve got to play good defense.”

Del Rio has a good point, too.

In Pittsburgh’s victory over Baltimore on Wednesday, running back Benny Snell stepped up big for the Steelers. Snell finished with 93 yards from scrimmage (60 rushing, 33 receiving), and earned plenty of praise from his head coach, Mike Tomlin, for his efforts.

“I can’t say enough about the individual efforts of Benny Snell, particularly his run demeanor at the end of the game,” Tomlin said Thursday. “That was a guy who was really competing and doing the fundamental things that you need a guy in his position to do.”

Wednesday wasn’t the first time Snell stepped up big for Pittsburgh in 2020, either. In the Steelers opening week victory over the Giants, Snell stepped in for an injured Conner and rushed for a career-best 113 yards on 19 carries.

So, if the Steelers are forced to lean on Snell once again this week, Pittsburgh should feel confident in their second-year running back.

Del Rio is preparing for all scenarios — as you must do in 2020 — and is looking forward to the challenge for facing the undefeated Steelers come Monday afternoon.

“When teams have good players, how do you give each guy the necessary attention that he demands or deserves? That’s part of working through it,” Del Rio said. “We’re putting a plan together and looking forward to going out and competing.” 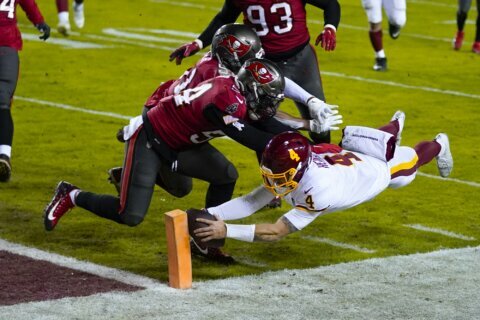