The Washington Football Team said Tuesday that it will rename two of the roads near its playing and practice facilities after franchise legends, Joe Gibbs and Sean Taylor.
Listen now to WTOP News WTOP.com | Alexa | Google Home | WTOP App | 103.5 FM

The Washington Football Team said Tuesday that it will rename two of the roads near its playing and practice facilities after franchise legends.

One of the roads leading to an entrance to FedEx Field, in Landover, Maryland, will be named Sean Taylor Road, after the great safety whose murder in 2007 at age 24 shocked the team, its fans and the region.

And the team’s practice facility, the Inova Sports Performance Center, in Ashburn, Virginia, will change its address to 21300 Coach Gibbs Drive, after Joe Gibbs, the Hall of Fame coach who led the team to four Super Bowl appearances and three championships in two stints with the team spanning between 1981 and 2007.

The streets will be renamed in time for the Sept. 13 opening game at home against the Philadelphia Eagles, the team said.

“As we look forward and build a modern identity that everyone can be proud of, it’s imperative that we revere tremendous individuals who have had a positive influence on the franchise and our fan base,” team owner Dan Snyder said in a statement.

“There are no two people more deserving than Sean Taylor and Joe Gibbs.”

Gibbs said in the statement, “It is an amazing honor to have the organization’s mailing address carry my name.”

He and his wife, Pat, thanked Snyder and his wife, Tanya, for their friendship and added, “The organization has made several positive steps recently to include the additions of Jason Wright as president and Julie Donaldson as senior vice president of media and content that will strengthen the team and support of Coach Rivera. Ron has already gained the respect from the players and all of us Washington fans.”

The team announced the renaming of the roads as the NFL takes over the investigation into the team’s workplace culture.

The timeline, however, might be a little optimistic, at least in Ashburn.

Glen Barbour, a spokesman for the Loudoun County government, told WTOP on Tuesday that the road leading to the Ashburn facility is privately maintained but it’s still subject to the county’s process on changing the names of streets and roads, and that the team has not begun the process.

He added that the process generally takes 90 days. It would probably take less than that in this case, since there aren’t any other addresses on the road, he said, but he added that the Office of Mapping and Geographic Information said even an expedited process would take about 30 days.

A spokesman for the team said, “the formal process … will begin immediately,” and that the team had confirmed there were “no obstacles” before making the announcement. 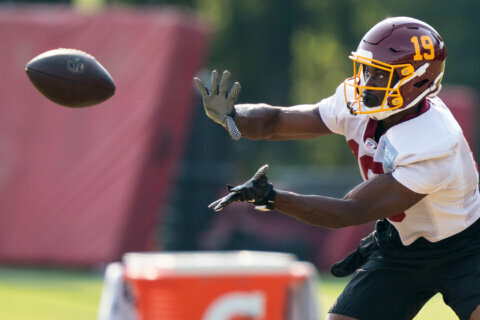 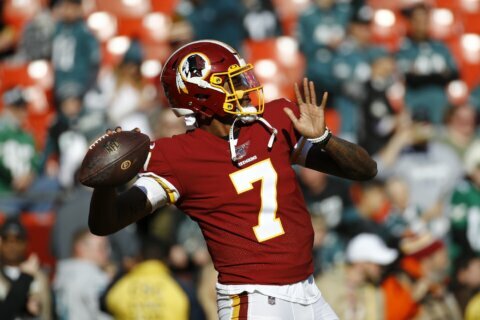 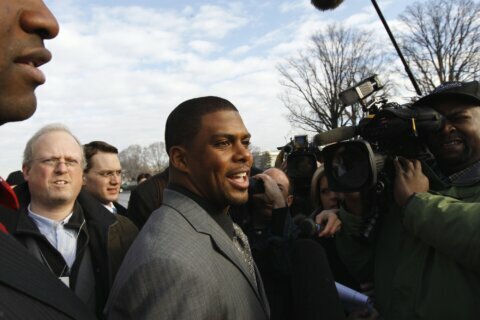