WASHINGTON – A federal judge on Wednesday upheld the cancellation of the trademark of the Washington Redskins, which Native American groups and others have long argued is offensive.

U.S. District Court Judge Gerald Bruce Lee upheld an earlier ruling by the federal Trademark Trial and Appeal Board, which ruled last year that the name is offensive and therefore ineligible for a federal trademark.

The cancellation won’t go into effect immediately and the Redskins intend to appeal the ruling, said team President Bruce Allen, in a statement.

“I am surprised by the judge’s decision to prevent us from presenting our evidence in an open trial. We look forward to winning on appeal after a fair and impartial review of the case,” Allen said. “We are convinced that we will win because the facts and the law are on the side of our franchise that has proudly used the name Redskins for more than 80 years.”

The ruling, Lee writes, does not mean that the team has to change its name; it means only that the team would lose certain commercial protections for the use of its trademarks.

In the case before Lee, the team sued the group of activists who brought the case to the trademark board, saying that the activists didn’t prove that enough Native American protested the team name during earlier registrations of the trademark. The team also claimed that the Lanham Act, which regulates trademarks and bars it from names that “may disparage” people or groups, is unconstitutionally vague.

Judge Lee said that the Redskins “had reason to know that its marks ‘may disparage’ when they were initially registered. … Several dictionaries before and during the time [the team] obtained its registrations stated that ‘redskins’ is an offensive term.”

He added that the team still holds a common law trademark, and that there’s a difference between a trademark and a registered trademark. He used the example of Allen Iverson, saying that as the former basketball player “once reminded the media that they were wasting time at the end of the Philadelphia 76ers’ season ‘talking about practice’ and  and not an actual professional basketball game, the Court is similarly compelled to highlight what is at issue in this case — trademark registration, not the trademarks themselves.”

The group of activists includes Amanda Blackhorse, a Navajo member from Arizona who often leads protests against the team because of its name.

“This is a huge victory. Getting this ruling from a U.S. District judge is a watershed event,” Jesse Witten, one of the lawyers for the Native Americans, told The Washington Post. He adds, however, that “it’s hard to imagine they will not appeal.”

Redskins owner Dan Snyder has declared several times that he will never change the name. 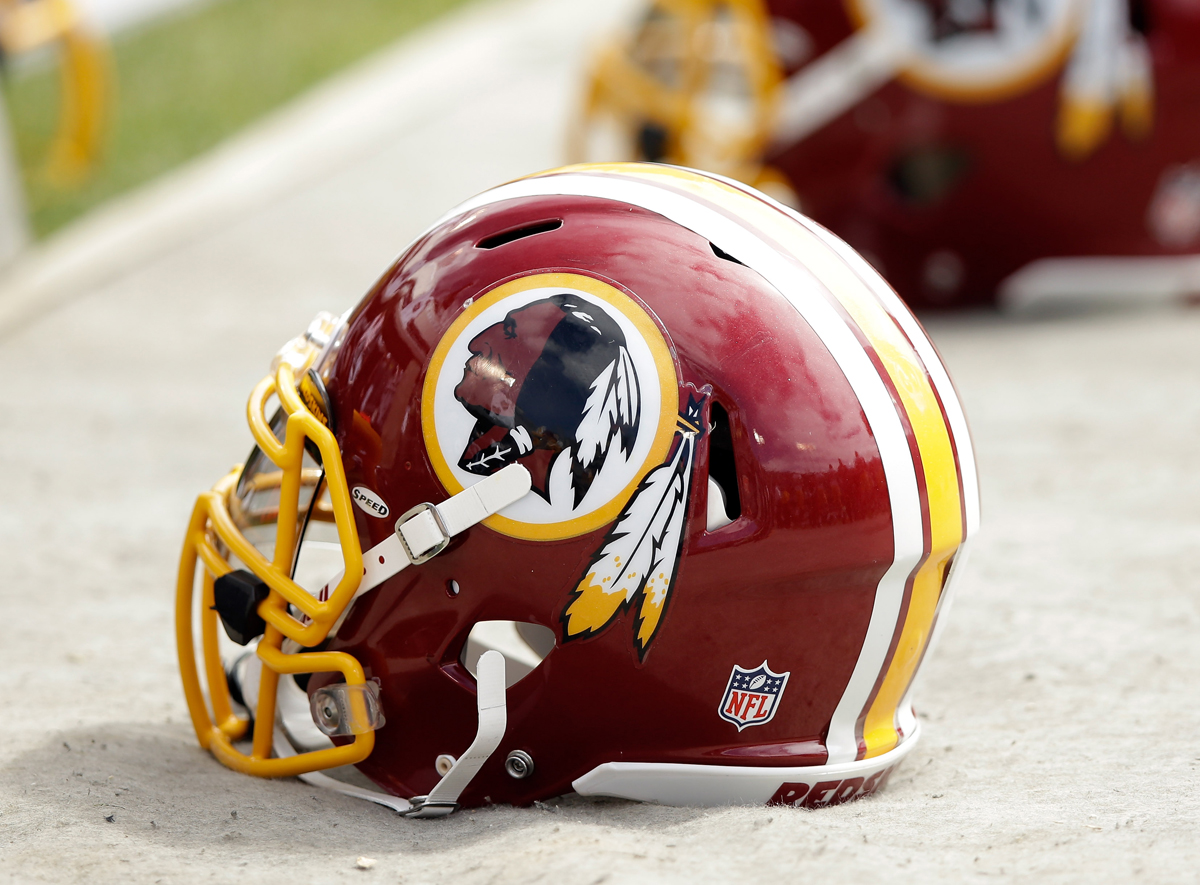