RICHMOND, Va. — Redskins fans got their first glimpse of new quarterback Alex Smith Thursday morning in the first practice of training camp. The team won’t put pads on until Saturday, but you could already see flashes of what Smith will be able to do with this offense once completely in sync.

“It’s nice to get the first one under our belt,” Smith said. “I love that we just came out and started firing right away.”

Smith has to continue to develop chemistry with his new receivers and backs, something that could prove difficult seeing as most of them were injured a year ago and slowly working their way back on the field. Tight end Jordan Reed was the most notable pass-catching option who didn’t partake in team drills Thursday morning.

“There’s no substitute for reps,” Smith said. “I think I’ve watched a lot of the film of these guys playing. There is a system, I think, to bringing some of these guys back and continue to get work where you can. You know, throwing with Jordan [Reed] on the side when I can, getting CT [Chris Thompson] reps here and there.”

That might take some time. It will also take time for Smith to get to know tendencies of his receivers. Smith used his legs a lot in the first practice, scrambling out of the pocket when needed. He also hooked up with Josh Doctson on a couple nice throws down the field.

Doctson was a full participant in the practice and showed no signs of being held back for any reason, despite having a precautionary MRI on Tuesday.

Even though it’s only day one, Smith’s teammates took notice of the possibilities this offense has with a new signal-caller at the helm.

“He’s been around the league for a while,” said tackle Morgan Moses. “Having a guy like that, that brings a different aspect to our offense. A guy that can run and throw the ball is a great deal for us.”

“He’s always been a leader, you can tell. He’s comfortable in that role. He’s what we needed,” said Williams.

As Smith enters his 14th season, he sure sounds like a guy that’s having as much fun as he was having in year one.

“For me, the older you get — it’s funny, I love going away to camp,” he said. “To get down here and to get it started off. I mean, when you have kids and a family you get less and less time to hang out with the guys and camp is a time for that the older you get. I really look forward to coming down and checking in, meal time, in between time, and certainly finding a way to ball and get out here on the field. I think that the six weeks leading up to this, you start to get that feeling in your stomach as you get closer and closer into summer and football season. It’s such a great feeling, you know, to have that.”

As far as the skeptics who say he’s getting too old to perform at high level?

Smith also has a message to Redskins fans and those around the league as he joins his third team.

Other notes from day one: 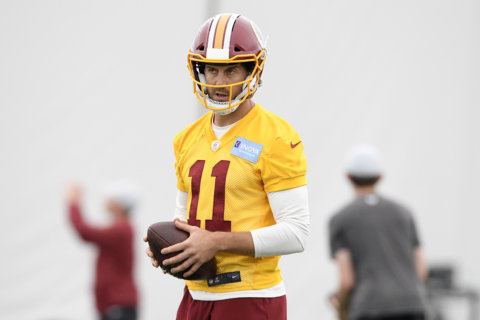 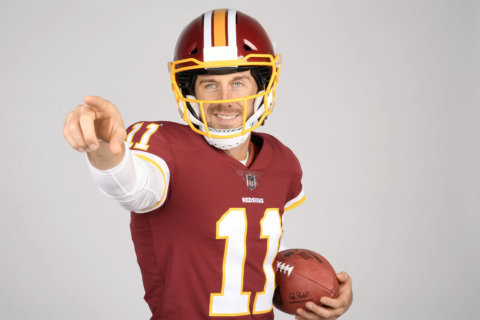 Your guide to 2018 Redskins training camp