The Capitals wrapped up their final day of training camp Tuesday, concluding an exhibition period that went just about as well as they could have hoped.
Listen now to WTOP News WTOP.com | Alexa | Google Home | WTOP App | 103.5 FM

ARLINGTON, Va. — The Capitals wrapped up their final day of training camp Tuesday, concluding an exhibition period that went just about as well as they could have hoped. Washington went 4-1-1 in preseason play, saw strong performances from several roster bubble players and didn’t pick up any new injuries that are expected to linger into the regular season.

Winger T.J. Oshie (lower-body injury) and defenseman Dmitry Orlov (upper body) were both dinged up in the Capitals’ preseason contest against the Detroit Red Wings last week, but they returned to practice as regular participants Sunday and head coach Peter Laviolette expressed no concern over their statues heading into opening night Wednesday.

Center Nicklas Backstrom (hip surgery) and winger Tom Wilson (torn ACL) won’t be in the lineup anytime soon and penalty-killing specialist Carl Hagelin is out indefinitely following an arthroscopic procedure on his hip Monday, but Washington addressed those roster holes with offseason moves such as trading for winger Connor Brown and signing center Dylan Strome.

The Capitals will kick off their season with an immediate back-to-back against the Boston Bruins and Toronto Maple Leafs, the latter of which is expected to start former Washington goalie Ilya Samsonov in net. Following those two games, they will then play seven of 11 against teams that missed the playoffs last season.

Between the lighter early schedule and the roster as fully intact as it could be at this stage of the year, the Capitals are in a position to get off to a fast start.

“We kinda knew what the injuries are going into the season,” Strome said. “Obviously, preseason-wise [we are] pretty healthy, which is a good thing so we’ve been working with that for the whole preseason and I think when we get those two [Backstrom and Wilson] it’s gonna be an even bigger boost. I think, until then, this is the team we’ve got right now and we’re gonna have to find a way to get wins and to play well.”

Strome is coming off a strong camp that saw him solidify his place as the Capitals’ second-line center. He was joined in Tuesday’s practice by wingers Anthony Mantha and Aliaksei Protas, who owns only 33 games of NHL experience but added weight and improved his skating over the offseason to earn a spot on the second line to begin the season.

Other notable lineup combinations Tuesday included Brown on the top line with Alex Ovechkin and Evgeny Kuznetsov, a tandem he’s skated frequently with throughout camp. Veterans Oshie, Lars Eller and Marcus Johansson made up the third line and the versatile Conor Sheary took over Hagelin’s spot alongside Nic Dowd and Garnet Hathaway. The defenseman pairings didn’t change all camp and will largely resemble the same group that they had last season.

With his roster now set, Laviolette has his team’s attention focused toward beating Boston and managing a busy first week. As much as he wants to see the Capitals pick up a few early wins over that stretch, he’s more concerned over seeing his players come out of training camp prepared to compete now that the games start to count.

“Starts are important,” Laviolette said. “Every team wants to get off to one, though. So that means there’s probably eight to 10 teams that don’t get off to the start that they want and you work hard in training camp and you try to put everything in place and you try to get the guys up to conditioning speed and game speed.

“You try to touch on everything so when you go into a game you feel like you’ve worked on it or covered it. Even though it’s still a building process from here, you’d like to think you’ve taken training camp to get ready for Game 1 or get ready for the first four games in six nights and from there you gotta go out and play them. But I think training camp was good and I think our guys are ready.” 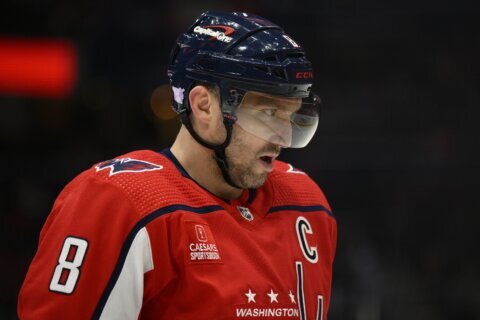 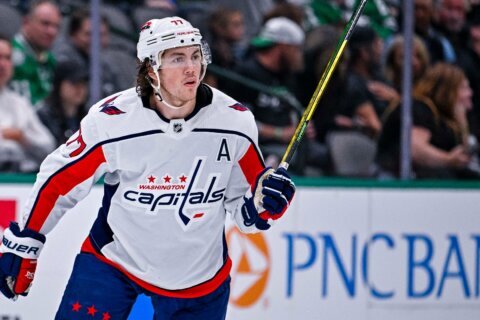