Tampa Bay Lightning has changed its ticket policy for the upcoming Eastern Conference finals games against the Washington Capitals. Now, anyone without a Florida ZIP code is barred from buying tickets through the team or Ticketmaster — and there's a dress code too.
Listen now to WTOP News WTOP.com | Alexa | Google Home | WTOP App | 103.5 FM
(1/12) 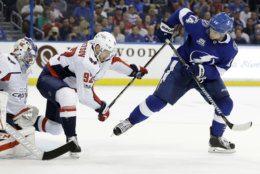 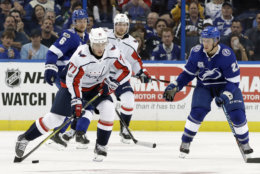 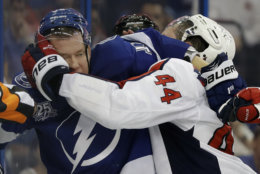 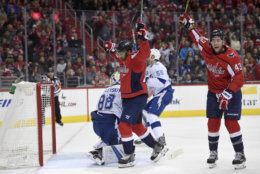 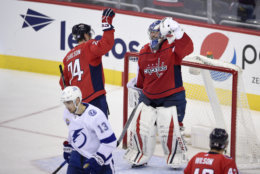 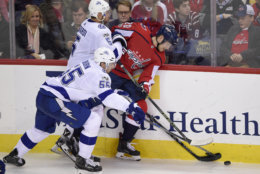 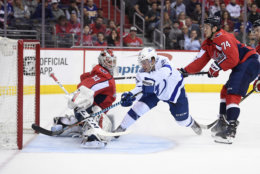 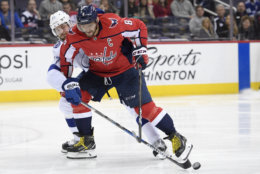 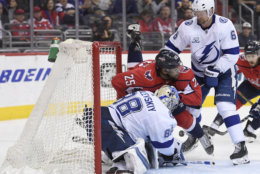 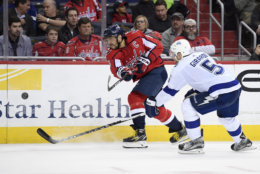 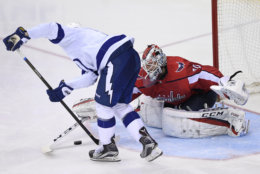 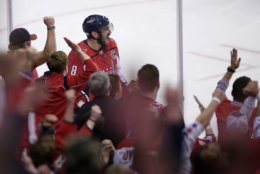 WASHINGTON — Oh, Florida. Hockey isn’t supposed to come with a side of fascism, but leave it to the Tampa Bay Lightning to break the ice on that one.

The team has changed its ticket policy for the upcoming Eastern Conference finals games against the Washington Capitals hosted at its arena. Now, anyone without a Florida ZIP code is barred from buying tickets through the team or Ticketmaster — a move called “geofencing.”

And the team plans to enforce a dress code at games in the “sunshine” state.

Fans won’t be allowed to roll with Caps’ colors in the Lightning Lexus Lounge or in the Chase Club luxury suites — a plot designed to make sure only Lightning fans rock the best seats at Amalie Arena.

Chase Club and Lexus Lounge ticket holders: Please note that for all 2018 NHL Playoff Games at Amalie Arena, only Tampa Bay Lightning-branded team apparel (or neutral apparel) will be permitted in these clubs and in the adjoining seating areas. Fans wearing visiting team-branded apparel will be asked to remove such apparel while in these areas.

The Lightning pulled the same stunt during their bouts against the Boston Bruins.

This, I thought, was a joke.
But it’s real. @BrendanMower sent it to me.
Tampa: you have become a GREAT hockey town.
Embrace the passion of invading fans.
It makes it all the richer.
This public service message from the cradle of liberty and free speech: Boston, Massachusetts. pic.twitter.com/tiVKcFwWxD

The team’s executive vice president of communications Bill Wickett told The Washington Post at the time that they “want to keep Amalie Arena blue for the playoffs.”

“Orders by residents outside of Florida will be canceled without notice and refunds given,” the team said.

And to be fair, the Caps restricted second-round ticket sales against the Pittsburgh Penguins to residents of Washington, Maryland and Virginia.

But the dress code is something new.

It’s a move designed explicitly to benefit the optics of Florida’s team.

On a final note. If it weren’t for my bolts being in this, I personally would be rooting for Ovechkin to get a cup. He’s changed his game, and he’s a joy to watch. I hope he gets one of these someday, just not at our expense. pic.twitter.com/KVVku5wIFf 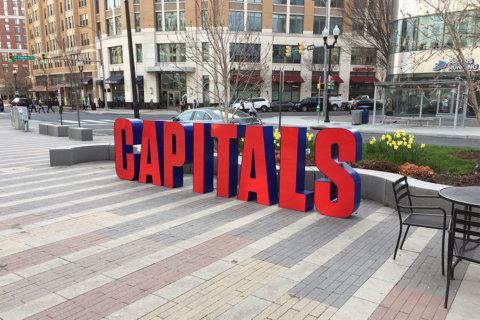 With Caps victory, is DC sports curse really over?