The Capitals looked like a broken team 20 games into the season. Now they're in the Stanley Cup Final for the first time in 20 years. A realization in mid-November that things had to change went a long way.
Listen now to WTOP News WTOP.com | Alexa | Google Home | WTOP App | 103.5 FM
(1/5) 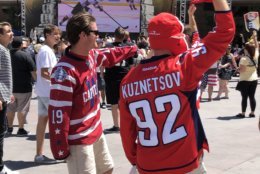 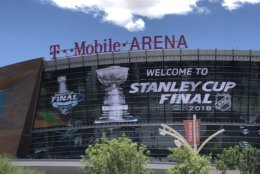 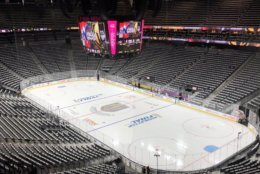 “Before the season,” he recently recalled, “I said to my wife: ‘On paper, we’re not as good this year.’”

Niskanen held a popular opinion. The Capitals were coming off consecutive Presidents’ Trophy winning seasons, but had their roster decimated last summer when six regulars left via trade, free agency or the expansion draft.

“But watch,” Niskanen told his wife, “this will be the year that we do something. Hockey is a funny sport.”

After years of premature playoff exits, the Capitals may have the last laugh in 2018. The Eastern Conference champions arrived in Las Vegas this weekend with a healthy swagger as they prepare for the club’s first Stanley Cup Final appearance in 20 years. They face the expansion Vegas Golden Knights in Game 1 Monday at T-Mobile Arena (8 p.m. ET; WFED 1500AM).

“I feel very happy, but we’re not finished yet,” Alex Ovechkin said after the Capitals beat the Tampa Bay Lightning in Game 7 of the Eastern Conference Final. “We’ve been waiting for this moment a long time.”

Ovechkin has spent 13 seasons trying to lead the Capitals to an elusive first Stanley Cup title. Early on this year, it hardly looked like the 2017-18 Capitals would be the team to break through.

The offseason departures, combined with the nature of last spring’s Game 7 second-round defeat to the Pittsburgh Penguins, left the Capitals a fragile bunch when they reconvened for training camp.

“The emotional part of it was a major concern going in,” said general manager Brian MacLellan.

“There was a little bit of a grieving period,” head coach Barry Trotz said of a sluggish autumn.

The start of the season, in almost all sports, is a time of optimism for nearly all teams. Everyone is undefeated, the bumps and bruises have yet to accumulate and players often beam with pride when discussing their offseason training methods.

In the Capitals case, the lack of energy was palpable. They looked like a broken team.

“Our training camp was flat,” MacLellan said. “Our first 20 games were flat. There were major concerns of how are we going to change the energy here. I don’t think at any time during that first part of the year, we were like ‘Yeah, this is coming. This is coming.’ It was more ‘This is not going to come.’”

The boiling point may have come during a mid-November road trip through Nashville and Denver. Two nights after falling 6-4 to the Predators, the Capitals lost 6-2 to the Colorado Avalanche on Nov. 16. The Capitals had a record of 10-9-1 and were showing few signs of life.

Minutes after the loss in Colorado, the Capitals were given a stern talking-to from head coach Barry Trotz. Players are naturally reluctant to divulge too many details from the closed-door meeting, but Trotz delivered a difficult message to some of the team’s top players.

Given the nature of his working on an expiring contract, it was a bold tact from Trotz who could have lost the room and watched the season go off the rails. Instead, the Capitals heard the message, looked at themselves and realized that they needed to be better.

“That road trip was a low point,” Lars Eller recalled. “But it was also a turning point. We weren’t going to allow it to define us.”

For Braden Holtby, it was a much-needed wake-up call for the team.

“We were at the point where a slight reality check was needed,” said Holtby. “We had to move forward knowing that maybe it’s not going to be as easy as it’s been the past few years.”

Looking back, it’s clear something changed for the Capitals in the days after the loss in Colorado. After an admittedly slow start to the season, the Capitals ended the year on a 38-16-6 run starting Nov. 22 to propel themselves to an eighth division title in 11 seasons.

That has been followed by an elusive deep postseason run with the Capitals eliminating the Blue Jackets, Penguins and Lightning en route to their first trip to the Stanley Cup Final since 1998.

“Every time you win a round, you believe more and more in your group,” said forward Tom Wilson. “When you’re in the first round, the Cup still seems fairly distant. But as you move forward, you get more and more excited. Guys get a taste of it and you get hungrier. It’s the climax coming up. It’s going to be a crazy ride.”

The biggest question surrounding this Capitals team is what makes them different from seasons past? What has allowed them to advance this far, despite not having the same talent or depth as they have on past teams?

“I think there’s a real good bond within our room and a resiliency,” Trotz said. “We’ve had to go through some adversity at the end of last year and early this year that I think has made us a better team, a better organization and better suited for the playoffs.”

Handling that adversity has been evident throughout this postseason run. The Capitals rallied from a 2-0 series deficit to beat Columbus in Round 1. They beat the rival Penguins on the road in Game 6 of their second-round series, despite playing without Nicklas Backstrom, Andre Burakovsky and Tom Wilson and having to rely on a postseason franchise-record five rookies. The Capitals then avoided elimination twice against the Lightning, punctuated by a Game 7 shutout on the road.

They are the types of responses and performances that had rarely been seen in previous springs. They’ve also played like a desperate team; winning battles and doing the dirty work that don’t always show up on the stat sheet. 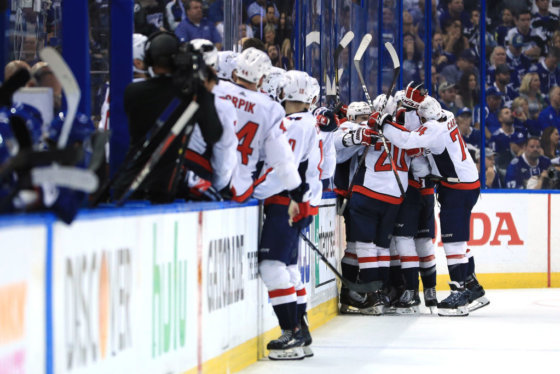 “The No. 1 thing is how many guys that we have engaged,” said T.J. Oshie. “We got everyone doing the little things right so the big things can follow. That’s wins. That’s guys blocking shots. Countless times, wingers getting hammered on the wall but getting the puck out, or guys getting the puck in and taking hits. So there have been a lot of sacrifices and it hasn’t been by one or two guys. It’s been by everyone.”

It’s been a formula that few could have predicted from this group back in November. But it could lead to a long-awaited first Stanley Cup title in Washington.

“I think we’ve got to be greedy,” said Niskanen, an 11-year veteran in his first Stanley Cup Final.

“We’ve got to want more because this is a heck of a run. I don’t know if there is a group out there that knows how hard it is to get to this point [more than this one]. So, don’t waste the opportunity by not being focused or realizing the situation and how big of an opportunity it is.” 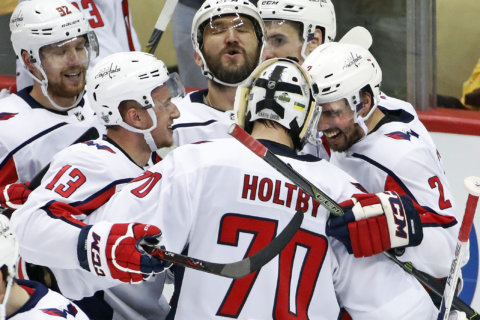 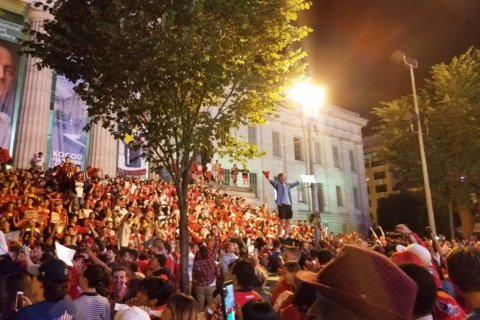