General manager Brian MacLellan announced the deal Friday just before the start of the NHL draft. Oshie was set to be an unrestricted free agent.

“T.J. is an invaluable member of our team and we felt it was imperative for us to re-sign him in a competitive free agent market,” general manager Brian MacLellan said in a news release. “T.J. is a highly competitive player with a tremendous skill set; he epitomizes the kind of player our team must have in order for us to continue to put ourselves in a position to compete in this League.”

Re-signing Oshie was a top offseason priority for the Capitals after he enjoyed success as the top-line right winger with Ovechkin and Nicklas Backstrom.

MacLellan said the Capitals would have a legitimate shot to re-sign Oshie if the salary cap went up to $77 million. They got it done with it going up only to $75 million and got Oshie locked in at a salary that should allow them to re-sign restricted free-agent forwards Evgeny Kuznetsov and Andre Burakovsky and defenseman Dmitry Orlov without much of a problem. 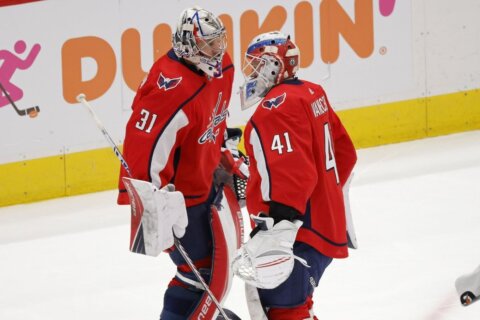 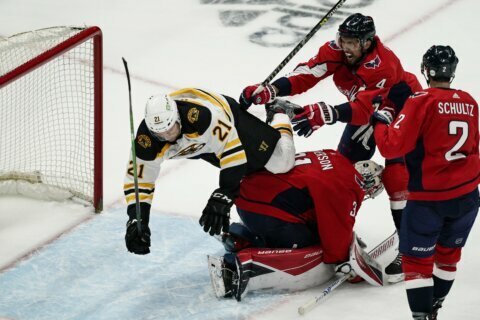 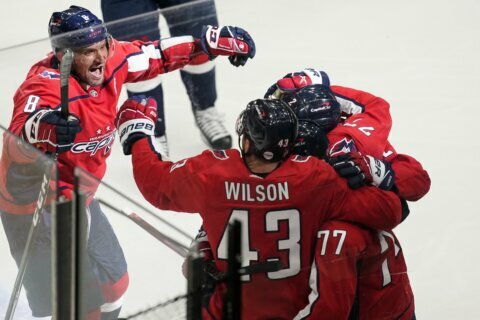