Revenge, redemption on mind of Caps vs. Penguins

The Caps have a chance to avenge last year's playoff ousting. Here are the factors to keep an eye on heading into their powerhouse matchup with the Penguins.
Listen now to WTOP News WTOP.com | Alexa | Google Home | WTOP App | 103.5 FM

WASHINGTON — The slogan for the 2015-16 Washington Capitals, plastered across hats and T-shirts worn throughout the season, was “Stick to the Script.”

It served as a constant reminder that the Capitals were building something under head coach Barry Trotz and that the occasional loss or prolonged slump shouldn’t be the catalyst for wholesale changes. Stick to the script, the team was reminded.

One year later, the Capitals have returned to the same juncture where the once promising 2015-16 season ended last spring — with a second-round series against the Pittsburgh Penguins. The mission this year? To rewrite the script.

Twelve months after Pittsburgh eliminated Washington in six games, the Capitals get a chance at redemption when their second-round rematch opens with Game 1 Thursday at Verizon Center (7:30 p.m., WFED 1500 AM).

“We were disappointed last year, and the first thing you thought about was coming back and playing them again,” said center Nicklas Backstrom. “And here we are. Maybe not a surprise, but it’s a good matchup. They’re a good team. They’re the Stanley Cup champs.”

Backstrom and Alex Ovechkin are competing in the Stanley Cup Playoffs for the ninth time in the last 10 years. Twice during that span, in 2009 and 2016, the Penguins ended Washington’s season.

“We play them twice in the playoffs and we don’t have success,” said Ovechkin, the captain. “We lost in Game 6 (in 2016) and Game 7 (in 2009). You just have to move forward. You don’t have to be afraid. You know you play against Stanley Cup champions and they are a very good team. But so are we. This battle has to be done if we want to get success.”

The Capitals, who last reached the Eastern Conference Finals in 1998, have lost all five second-round series since Ovechkin and Backstrom made their postseason debuts in 2008. Over that same span, Pittsburgh has reached the conference finals four times and won the Stanley Cup twice, the two years they eliminated the Caps along the way.

“You usually have to go through the best team to get to where you want to go,” said Jay Beagle, the only other Capitals player besides Ovechkin and Backstrom who played for Washington in each of the previous two series against Pittsburgh.

“It’s what you want as a player — to go up against an opponent that beat you out of the playoffs last year. You can’t ask for anything else. You want to redeem yourself and you want to go after a team that got the better of us last year.”

Beagle is among the longest-tenured players in the organization and even though he is signed through 2017-18, he can sense that time may be running out for the Capitals’ core, as it is currently constructed, to make a deep postseason run.

“We want to make the most of an opportunity that we know isn’t going to be here forever,” Beagle said this week. “As you get older, you start to realize how special it is to have a group like this together. Realizing that this is our time, our moment.”

While many of the personalities remain the same from last spring’s series, below are a number of differences and key storylines worth watching as the series gets underway. 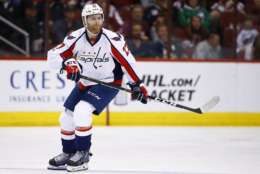 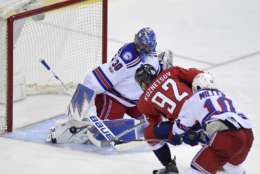 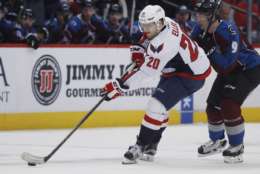 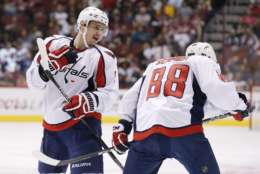 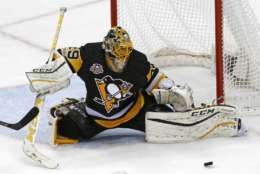 Defenseman Karl Alzner missed the last four games of Washington’s first-round series against Toronto with an upper-body injury, and there is no time frame for a potential return.

Nate Schmidt has filled in admirably for Alzner, skating in the veteran’s usual spot alongside John Carlson. Even if Alzner is fully recovered, it’s hard to imagine Schmidt coming out as a healthy scratch based on his recent play.

Trotz has suggested that he may dress seven defensemen once Alzner is healthy, but that seems unlikely for a team that didn’t do so all season.

Alzner is slated to become an unrestricted free agent this offseason, meaning this could be his last chance at a Stanley Cup run in Washington. Alzner is the Capitals’ longest-tenured defenseman and had played a franchise-record 599 consecutive games (regular season and playoffs combined) before missing Game 3 in Toronto last week.

Evgeny Kuznetsov was held to just one assist in six games last spring against Pittsburgh, and a repeat performance could spell another premature playoff exit for the Capitals.

“I think he’s come to the realization that if we’re going to do what we want to do this year, he’s got to play a vital role,” said linemate Justin Williams, a three-time Stanley Cup champion.

“Our line wasn’t near good enough last year, and we’re looking to make an impact. We need to if we’re going to be successful.”

Among the Capitals’ shortcomings last spring against Pittsburgh was the lack of secondary scoring from their third and fourth lines. Washington general manager Brian MacLellan reacted accordingly in the offseason, sending a pair of second-round draft picks to Montreal for third-line center Lars Eller.

Eller was a fixture as Washington’s third-line pivot this season, finishing his maiden campaign with the Capitals with 12 goals and 25 points in 80 games. He was also a key cog on the penalty kill and could have a big impact in a series against one of the league’s top power play units in Pittsburgh.

“I can’t wait for that challenge,” Eller said. “I think a lot of guys in here have pictured that this is a spot we could end up being in, facing this team sometime in the playoffs, and now is that time. We’re thrilled to have that opportunity.”

Can Orlov, Schmidt rise to the occasion?

A year after sitting as a healthy scratch in Game 2 against Pittsburgh (while skating limited minutes on the third defensive pairing for the rest of the series), Dmitry Orlov could be a difference maker in this year’s series.

Orlov played an average of 24:59 in Washington’s first-round series against Toronto, second-most on the team behind only his defensive partner Matt Niskanen (26:05). A year ago, Orlov averaged 13:31 of ice time in 11 playoff games.

Not only has Orlov seen a significant boost in ice time, but the minutes themselves have been more demanding, as he and Niskanen were frequently deployed against Toronto’s No.1 line of William Nylander, Auston Matthews and Zach Hyman in the first round.

Schmidt was a healthy scratch in Games 4 and 6 against Pittsburgh last year, but he has been one of Washington’s best defensemen this postseason since taking Alzner’s spot in Game 3 against Toronto.

“He’s come in and he’s done a really good job,” Trotz said. “He’s such a good skater. We played a quick team [Toronto]; he fit in just perfectly with us. I thought he was making a statement, ‘Hey you’re going to make it tough to take me out of the lineup.’ And he’s done that and he’s done his job, and that’s what you want.”

The Penguins beat the Columbus Blue Jackets in the first round despite playing the entire series without No. 1 defenseman Kris Letang, starting goalie Matt Murray, and forwards Chris Kunitz and Carl Hagelin.

Letang is the biggest loss for Pittsburgh and one that could potentially be taken advantage of by the Capitals. Letang skated a team-high 28:52 during last year’s Stanley Cup, but he is out for the season with a neck injury.

Murray suffered a lower-body injury during warm up before Game 1 of their first-round series and has not resumed skating with his teammates. That means it will be Marc-Andre Fleury in net against the Capitals. Fleury went 4-1 in the first round with a 2.52 goals-against average and .933 save percentage. 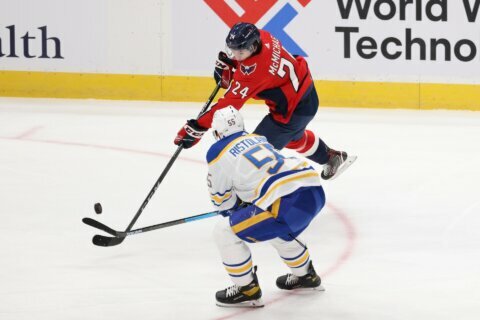 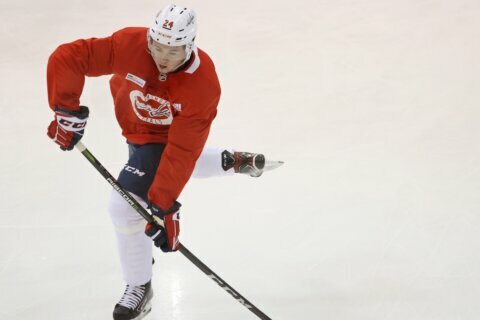 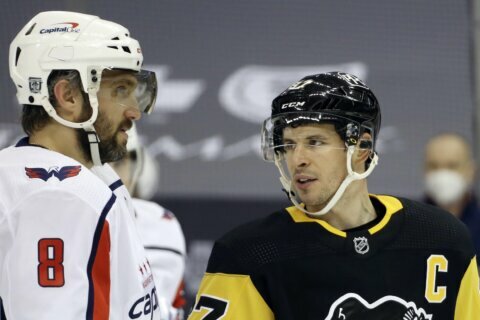