People living in Virginia’s second-largest city have begun to honor six people who were killed in a mass shooting while working for the nation’s largest employer, Walmart, in this sprawling but tight-knit community near the coast.
Listen now to WTOP News WTOP.com | Alexa | Google Home | WTOP App | 103.5 FM
(1/15) 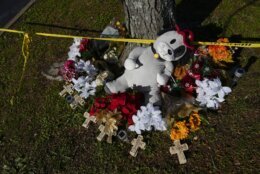 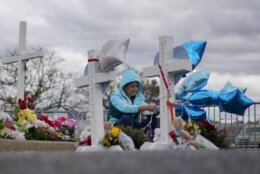 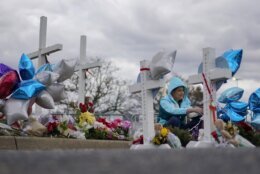 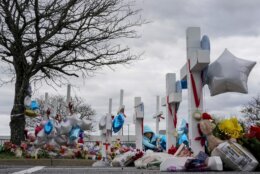 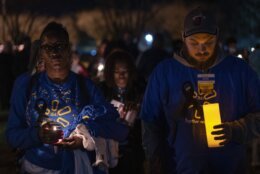 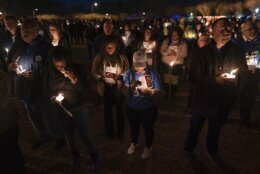 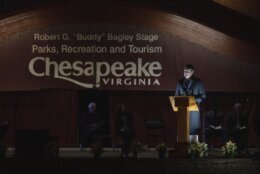 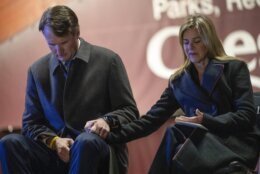 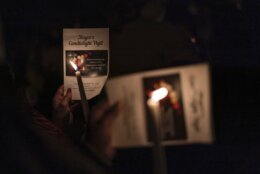 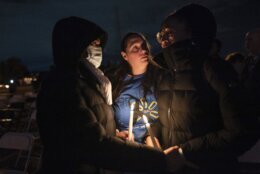 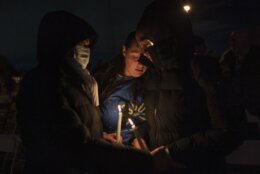 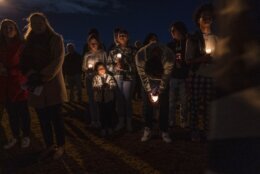 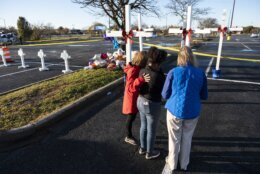 CHESAPEAKE, Va. (AP) — Hundreds gathered Monday in Virginia’s second-largest city to honor six people killed in a mass shooting at a Walmart, with the state’s governor pledging to confront a “mental health and a behavioral health crisis.”

Chesapeake’s candlelight vigil paid tribute to a diverse group of third-shift workers, ages 16 to 70, who unloaded trucks, broke down cardboard boxes and stocked shelves in this sprawling but tight-knit community near the coast.

The employees were slain Tuesday night by a store supervisor, who also died of an apparent self-inflicted gunshot wound, police said. Several others were wounded.

The shooter left behind a note that claimed he was harassed and pushed to the brink by a perception his phone was hacked, police said. The handgun that was used was legally purchased that morning, and he had no criminal record.

“I’m not alone in concluding that we have a mental health and a behavioral health crisis in the United States and in Virginia,” Gov. Glenn Youngkin said in a city park. “A crisis that shows up in all facets of our society, in our homes, in our schools, in our workplace.”

The Republican governor said he will work across party lines “to chart a path forward.”

Much of the vigil focused on those who died and efforts to help this city of about 250,000 people to heal. And many people wrote messages on six white crosses as the sun set and a crescent moon hung low in the sky.

Among them was Doris Manuel, who lost nephew Brian Pendleton, 38.

“We know when something like this happens it’s not just us. It’s a whole city, a whole region,” she said.

Tammy Hawkins came in place of her son, Christian, who was too shook up over the death of high school friend Fernando Chavez-Barron.

Chavez-Baron had started working at the store to lessen the financial burden on his parents. His dad said he was his best friend.

Pendleton lived a clean life and believed in Jesus Christ. Despite not having a car or a driver’s license, he got to work on time for 11 years, never wanting to miss a shift.

Lorenzo Gamble, 43, was a quiet and reserved man who loved spending time with his two sons.

Tyneka Johnson, 22, had a smile that could light up any room. Her mom said she felt like she lost her best friend.

Kellie Pyle, 52, spread positivity wherever she went and would give her last dollar to make sure her friends and family had their needs met.

Randy Blevins, 70, was a kind and gentle man who loved Thanksgiving because he got the day off and could spend time with his family.

“We honor and pray for all those who were injured that night,” Carey said. “And for those throughout our community who suffered emotional wounds: We see you. We love you. We are here for you.”

Earlier Monday, the City Council held a brief special meeting to approve a resolution that will help free up funding for the response to and recovery from the shooting.

The Walmart, still closed, sits along a suburban strip of box stores that are located about a half-hour drive from the Atlantic Ocean and the Chesapeake Bay. For many here, the store served as a de facto community center that facilitated unplanned chats in the aisles.

“You could run into your physician, teachers, principals,” Cliff Hayes, a lawmaker in Virginia’s House of Delegates, told The Associated Press. “This was a centralized place that will forever be changed.”

Walmart has more than 4,700 stores across the country and employs about 1.7 million people in the U.S. And yet each store can be unique, said Adam Reich, a Columbia University sociology professor who co-wrote the book, “Working for Respect, Community and Conflict at Walmart.”

The book describes life experiences that drew workers to Walmart and analyzes dynamics among employees. In some stores — though not all – workers formed strong bonds despite their varying backgrounds, Reich said. And it was often those tight relationships that kept associates in their jobs for long periods.

“It’s sort of astonishing that, on the one hand, Walmart is so standardized,” Reich said. “But on the other hand, there’s just so much variation and uniqueness that workers manage to establish and carve out in their individual stores. I don’t know the story of this store, but it sounds from the little I’ve read that that’s what workers had done here.”