Virginia Gov. Glenn Youngkin has signaled his support for a bill banning most abortions after 15 or 20 weeks of pregnancy, but Republican lawmakers are urging him to limit abortion without the use of legislation.
Listen now to WTOP News WTOP.com | Alexa | Google Home | WTOP App | 103.5 FM

Virginia Gov. Glenn Youngkin has signaled his support for a bill banning most abortions after 15 or 20 weeks of pregnancy, but he’s now being encouraged to take immediate steps to limit abortion without the use of legislation.

It follows last month’s Supreme Court ruling that overturned the constitutional right to an abortion nationwide, leaving the issue up to individual states.

“It would be ideal for the governor to send a message that Virginia will not be an abortion destination,” said Republican Del. Dave LaRock.

“I’d like to see Governor Youngkin say that Virginia would not do business with companies that promote, support or perform abortions,” said LaRock. “I’d like to see him do that, perhaps in a coalition of governors.”

LaRock also proposed that Youngkin pull funding from schools, including Virginia Commonwealth University and the University of Virginia, unless they agree to stop performing abortions at their medical facilities.

“Taxpayers of Virginia should not be having their dollars sent to institutions that perform abortions,” LaRock said.

He added that the state could consider directing its current subsidies for contraceptives toward “providers of women’s health services that aren’t focused primarily on abortion.”

Youngkin has often said that he opposes abortion except in cases of rape, incest and when the health of the mother is at stake.

The governor called together a group of Republican lawmakers to work on legislation that would ban most abortions after 15 or 20 weeks, but LaRock said such a measure would be unlikely to pass due to the fact that Democrats control the Virginia Senate.

LaRock spoke out against abortion rights during a rally in Richmond Saturday, where Del. Marie March said she would introduce a ban on abortions at conception.

“This will be the most pro-life legislation ever carried in Virginia,” March said. 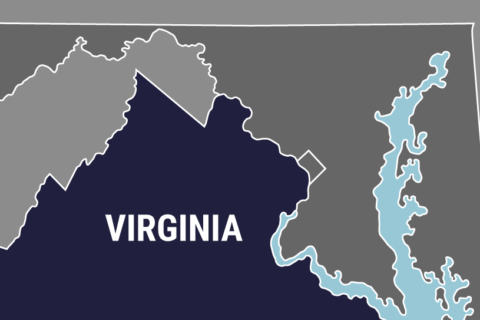 Va. landlord gets $50K after deputies use Taser in false arrest