Ashley Jones graduated from Norfolk State University back in 2015 and decided to focus on filling the gap when it came to fashionable college clothing. She launched Tones of Melanin in 2017.
Listen now to WTOP News WTOP.com | Alexa | Google Home | WTOP App | 103.5 FM
(1/4) 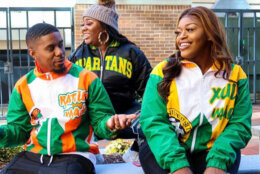 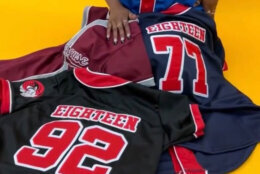 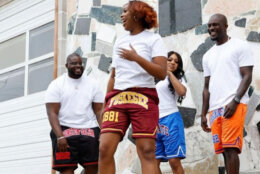 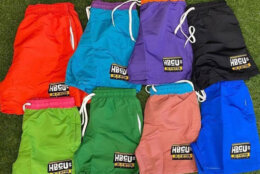 Ashley Jones graduated from Norfolk State University back in 2015 and decided to focus on filling the gap when it came to fashionable college clothing. She launched Tones of Melanin in 2017.

“When I went into my bookstore, I didn’t really see anything that represented my population. I really want to highlight the HBCU culture,” said Jones, referring to Historically Black Colleges and Universities.

Her clothing line offers everything from reversible shorts and jackets to hoodies and shirts with prices ranging from $20 to $100.

The line eventually caught the attention of major retailers. Her creations are now in Belk department stores, HBCU bookstores and Dick’s Sporting Goods.

“It all happened really fast. I’m hoping to get more stores in the years to come,” added Jones. “I feel like we have our own community and I’m making that bigger for the world to see.”

Jones said the murder of George Floyd contributed to her business receiving more recognition and support alongside the social justice movement. HBCUs have also received more attention in the last few years.

She says she hopes to see more young creatives stay true to their vision. Her advice? “Persevere and do your research. Be creative, that’s us, we’re creative as a people.”

The items are also available online at TonesofMelanin.com.

Walmart employees hurt in Virginia shooting out of hospital