Virginia Gov. Glenn Youngkin is calling for the Loudoun County School Board to stand for reelection one year earlier than planned, alluding to his administration’s ongoing investigation into how the school system handled sexual assaults.

“There have been some challenges with the Loudoun County School Board,” Youngkin told WTOP in an interview Tuesday.

Youngkin amended a bill that would force all nine members of the school board to have elections this year in November.

Originally, the bill called for elections to be held in November 2023 with four of the nine members elected to four-year terms and the other five being elected to two-year terms.

“Having accountability and transparency with regards to who represents the parents on the school board is really important,” Youngkin said. “I amended the bill and this is a great chance to allow parents to express their will in selecting their school board this year.”

“This is another attempt by some Republicans to subvert our democracy and hold it hostage to a right-wing minority,” Reid said. “By adding this unnecessary amendment to a simple administrative bill, which was requested by the Loudoun Board of Elections, Governor Youngkin is opening the door for any future majority and Governor to undermine local elections and local control.”

One of Youngkin’s first actions as governor was to launch the investigation into two Loudoun County assault cases.

A now-15-year-old was arrested last May in connection with a sexual assault at Stone Bridge High School, and was then transferred to Broad Run High School, where he assaulted another girl months later.

On the day he was sworn in as Virginia’s attorney general, Jason Miyares released a statement that he was opening up the investigation because, in his words, the school system “covered up a sexual assault on school grounds for political gain, leading to an additional assault of a young girl.”

When asked where the investigation stood Tuesday, Youngkin said he would not elaborate.

“I’m not in a position to opine on it or comment,” Youngkin said. “The attorney general’s office is leading that investigation and it’s in his capable hands.”

The General Assembly will consider Youngkin’s amendment when it returns for a one-day session April 27.

That is when lawmakers will have a chance to respond to all of Youngkin’s amendments and vetoes that were made over the course of the 2022 legislative session, and potentially override them if they have enough votes. 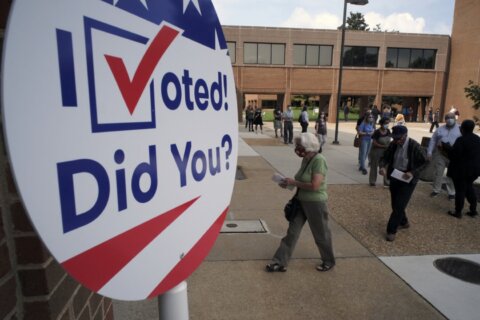