Why is Taylor Swift now a topic in the Virginia governor’s race?

The digital ads target Republican candidate Glenn Youngkin, citing his time as co-CEO of the Carlyle Group, the private equity firm that financially backed the sale of Swift’s former record label in 2019.

See the ad on The Verge.

Big Machine Records was Swift’s label through which she recorded her first six albums.

After the sale, the rights to all of the master recordings on those albums were inherited by Ithaca Holdings, the company that purchased the label.

In social media posts at the time, Swift claimed that the deal made it difficult for her to perform her own songs and identified the Carlyle Group as the firm that “put up money for the sale of my music.”

The political ads from McAuliffe’s campaign include the hashtag #WeStandWithTaylor and will appear on Facebook, Instagram and Google.

Not everyone will see them, as the ads will be “micro-targeted” to people in Virginia who search for her name online.

“Terry McAuliffe has reached the stage of desperation in his campaign where he’s rolling out the most baseless attacks to see what sticks,” Youngkin spokesperson Christian Martinez said. “It’s a pathetic fall that could only be achieved by a 43-year political hack.”

As co-CEO of the Carlyle Group, Youngkin generated a net worth estimated at more than $300 million before retiring last summer.

McAuliffe himself has faced scrutiny for investing in Carlyle before and after his first term as Virginia’s governor in 2014.

The former governor’s public disclosures show no current ties, but records reveal that McAuliffe invested at least $690,000 in Carlyle funds between Dec. 2007 and the end of 2016. The actual figure is likely much higher because the disclosures require candidates to acknowledge only a broad range of investment with no upper limit in some cases.

“In 2019, McAuliffe was a passive investor at Carlyle, and did not have any investments associated with Taylor Swift’s masters,” Renzo Olivari, McAuliffe’s press secretary, told Axios. 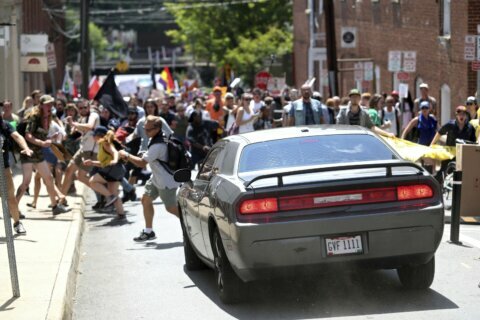