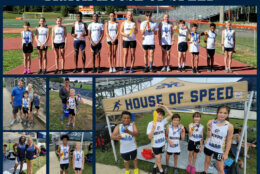 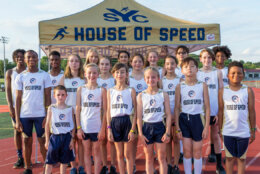 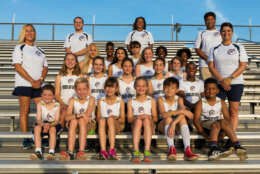 A group of young Virginia athletes has taken its talents to Texas to compete in this year’s Amateur Athletic Union Junior Olympics.

The 11 athletes, ranging from kindergarten to 12th grade, are part of the first traveling track team out of Northern Virginia to enter the competition, which runs through Aug. 7.

They’re members of the House of Speed team, a part of the Springfield/South County Youth Club’s running programs.

Athletes had to place in the top 16 in the region and then compete against the top Virginia athletes for one of the six highest spots to make the team.

“It’s for those families who are willing to put in the commitment but also for the kids who want to be there,” said Tanya House, the team’s head coach and a former athlete.

House and her husband also coach their sons and see the team as a beacon for Lorton.

“We have kids participating who have made it to the national championship in javelin and in the long jump,” she added.

From there, athletes are considered for the Olympics.

House says team members have been besting personal records, including an 11-year-old who came in 11th in the country among the 3,000 meter runners, a major accomplishment House is proud to watch unfold.

“They are rising to the occasion,” she added.

Races will continue throughout the week.

Virginia voter guide: What you need to know for the 2021 general election