Virginia's attorney general has asked the Windsor Police Department to release personnel records of two officers accused of pepper-spraying and pointing their guns at a Black Army lieutenant during a traffic stop. Mark Herring said he is “deeply concerned about the traffic stop” and believes the officers' conduct "was dangerous, unnecessary, unacceptable and avoidable.”
Listen now to WTOP News WTOP.com | Alexa | Google Home | WTOP App | 103.5 FM

Virginia’s attorney general has asked a small police department to release personnel records of two officers accused of pepper-spraying and pointing their guns at a Black Army lieutenant during a traffic stop.

Mark Herring’s office said in a statement Monday that he is “deeply concerned about the traffic stop” and believes the officers’ conduct “was dangerous, unnecessary, unacceptable and avoidable.”

Herring’s office is asking the Windsor Police Department to release records involving use-of-force over the past 10 years. The AG also wants access to various complaints against the department that involve traffic stops, use of force and “treatment on the basis of race, color, and/or national origin.”

Herring’s request is the latest development arising from a federal lawsuit filed recently by U.S. Army 2nd Lt. Caron Nazario against the two police officers. Videos of the December incident have drawn national attention in recent days and prompted Virginia Gov. Ralph Northam to request an investigation by state police.

Nazario, who is Black and Latino, was not charged with any crime after the traffic stop, the lawsuit states.

The town of Windsor said in a statement Monday that officials “are taking actions to rebuild the public’s trust” and the police chief continues to implement training in line with state standards.

“Our goal is to always ensure transparency of our practices and procedures; we will provide information as possible, and as allowed, during the investigation,” the statement said.

Windsor officials said Sunday that department policy wasn’t followed and one of the officers, Joe Gutierrez, has since been fired.

But a lawyer for Nazario said that’s not enough and wants the other officer, Daniel Crocker, to be fired, too.

No attorneys have been listed for Crocker or Gutierrez in court documents.

The Isle of Wight chapter of the NAACP and other local and state leaders held a news conference Monday evening across the street from the gas station where Nazario was approached by the police officers. Chapter president Valerie Butler said the video tape raised a number of concerns for the community.

“There are so many things that went wrong with this traffic stop, but it is indicative of what’s happening around the country, and how officers walk away from cases with no disciplinary action, to include termination and or firing,” said Butler, who also called for Crocker to be fired.

“It was shameful, It was embarrassing. It was disgusting,” Virginia Del. Don Scott said of the traffic stop.

The incident began when Crocker radioed that he was attempting to stop a vehicle with no rear license plate and tinted windows. He said the driver was “eluding police” and he considered it a “high-risk traffic stop,” according to the report he submitted afterward, which was included in the court filing.

Nazario drove his SUV to a well-lit gas station where, according to the lawsuit, the two officers got out of their cars and immediately drew their guns and pointed them at Nazario.

Police body camera footage shows Nazario dressed in uniform with his hands held in the air outside the driver’s side window as he told the armed officers, “I’m honestly afraid to get out.”

“Yeah, you should be!” one of the officers responded.

The officers attempted to pull Nazario out of the vehicle while he continued to keep his hands in the air. Gutierrez then stepped back and pepper-sprayed Nazario multiple times as officers yelled for him to get out of the car.

Nazario got out of the vehicle and again asked for a supervisor. Gutierrez responded with “knee-strikes” to his legs, knocking him to the ground, the lawsuit says. The two officers struck him multiple times, then handcuffed and interrogated him.

The traffic stop was captured on Nazario’s cellphone video, and the body-worn cameras worn by Crocker and Gutierrez, according to the lawsuit. Windsor is about 70 miles (110 kilometers) southeast of Richmond. Census data says that as of 2019, Windsor has a population of 2,721. Of that total, nearly three-quarters of the town is white and nearly 18% is Black. 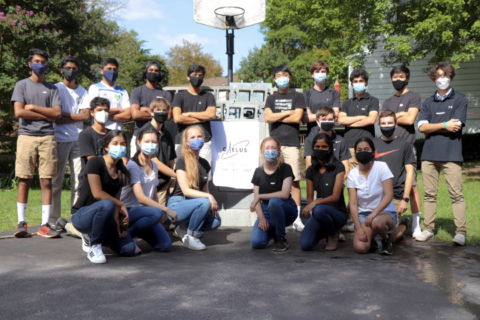