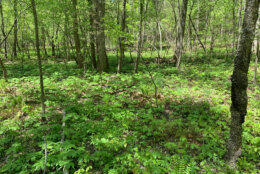 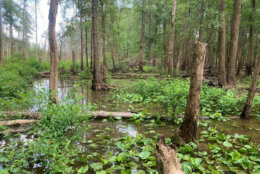 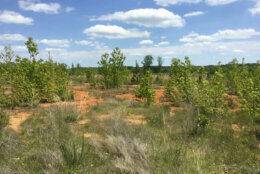 It was one heck of an Earth Day for Virginia.

Falkland Farms in Halifax County, in southern Virginia, about 11 miles north of the state line with North Carolina, will now be owned and operated by the Virginia Department of Conservation and Recreation. Plans for the property will target biodiversity conservation and eventually provide public outdoor recreation opportunities.

“This announcement represents one of the most significant conservation successes in Virginia history,” Northam said in a statement.

“Falkland Farms is exactly the kind of priority land we want to conserve and by setting it aside for conservation, we will protect the natural habitat and ecosystem, increase floodplain resilience, and preserve its scenic views. I am deeply grateful to conservation philanthropist Tim Sweeney for his generosity and vision in conserving this land and for entrusting the Department of Conservation and Recreation with this tremendous opportunity.”

Sweeney bought the Falkland Farms property last year for $11.5 million, and said at the time he intended to shield it from development.

Northam’s ConserveVirginia has designated the entire property as high priority for conservation.

According to a release, the tract will serve as a connector between the Difficult Creek Natural Area Preserve and Staunton River State Park. It will create the largest DCR-owned land holding and one of the largest state-owned conservation lands in Virginia.

At more than 10,000 contiguous acres, this new complex will be larger than any of the Commonwealth’s existing state parks. Nearly 40 miles of streams and 1,000 acres of wetlands, including mature forested wetlands, will be permanently conserved.

“The conservation of Falkland Farms is an extraordinary investment in large landscape conservation that offers opportunities to restore globally significant natural communities and habitat for imperiled species,” Secretary of Natural Resources Matthew J. Strickler said. “This will make the entire region more resilient to changes in climate and land use.”

DCR Director Clyde Cristman called it “a once-in-a-lifetime opportunity to fulfill not one, but multiple, missions for our agency and the Commonwealth.”

Before Sweeney’s donation, the largest land donation in Virginia history was in 1973, when the Union Camp Corporation donated about 49,000 acres of the Great Dismal Swamp to the federal government for wildlife conservation.

Additionally, Sweeney donated 7,500 acres of North Carolina’s Appalachian highlands to be preserved as a haven for wildlife on Thursday.

The Roan Mountain donation consists of dozens of contiguous parcels of land rising to 5,300 feet, including old growth forests and rare plants and animals, some of them on the endangered species list. It also includes six waterfalls, the nation’s largest American Chestnut restoration project and “any kind of animal you can imagine in the Southern Appalachian forests,” said the group’s Roan stewardship director, Marquette Crockett.