Hiccups as Virginia lawmakers adapt to legislating by Zoom 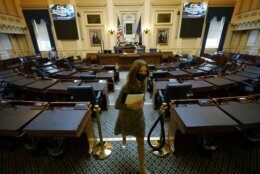 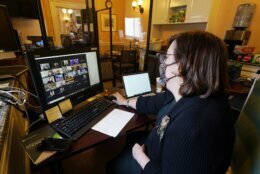 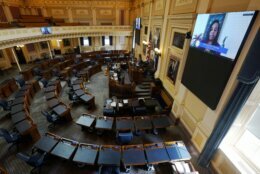 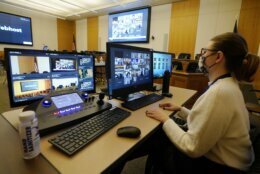 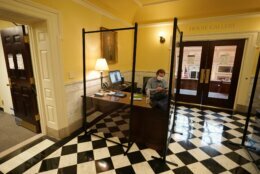 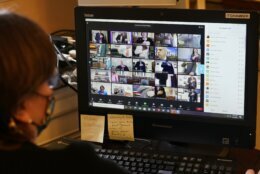 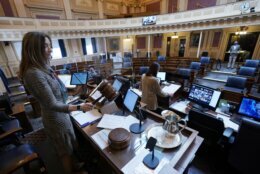 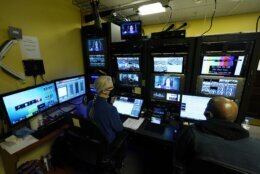 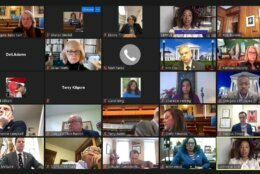 The body that traces its lineage back more than four centuries to 1619 has been working under extraordinary circumstances, legislating to a substantial degree by video conference.

“If we were to do this year in and year out, I would think it was terrible. I mean, given our situation, I think it’s OK,” said Megan Rhyne, executive director of the Virginia Coalition for Open Government.

The House speaker has said the adjustments – made in consultation with public health experts – were essential and have succeeded in keeping lawmakers and staff healthy.

The 100-member House of Delegates opted to meet virtually to prevent the spread of the virus, like it did for the majority of a special session last year. The smaller Senate has been meeting in person, but members were given the option to participate remotely after Sen. Ben Chafin died in January after contracting the coronavirus.

Neither chamber opens committee and subcommittee hearings, where much of the work shaping legislation gets done, for in-person public attendance, though they can be viewed online. In normal circumstances, those meetings are open to the public.

Some Democrats tout the benefits of the virtual system, including the ability to testify on a bill by video without taking a day off from work to travel to Richmond, the chance to provide written comment, and the livestreaming of all public meetings.

“I would say this is the most transparent session perhaps in Virginia’s history,” said Kunal Atit, a spokesman for House Speaker Eileen Filler-Corn.

He said Thursday that the change had achieved its most important goal of keeping people safe, noting there have been no deaths among House staffers and lawmakers or Capitol Police.

But many GOP lawmakers, who opposed the House’s virtual format, have raised concerns about slow internet access for members in rural areas, annoying crosstalk and technical glitches when casting votes.

The most strenuous complaints have come from advocates who have been unable to testify on bills or were cut short in the middle of their testimony.

It’s not unusual for public comment to be limited, even in normal times. But when lawmakers meet in person, they, the press and the public can see who else in the room may not have gotten a chance to speak. People on various sides of an issue can collaborate on who will speak, and on what points to emphasize if time is limited.

Asra Nomani, whose son is a senior at the elite Thomas Jefferson High School for Science and Technology, signed up to testify at a House subcommittee hearing about legislation related to Governor’s Schools in Virginia. While numerous supporters of the bill were allowed to speak, only one opponent was allowed to testify. Nomani was not invited to speak, despite letting staffers know she was present in the virtual waiting room and ready to testify, according to video of the meeting and chat records she provided AP.

“I do believe it was point-of-view discrimination,” Nomani said, noting that she was required to identify herself as an opponent of the bill when she signed up to speak.

Nomani, an Asian American and Muslim, believes the legislation, which seeks to increase diversity at Governor’s Schools, discriminates against Asian-Americans, who make up the majority of the student body at Thomas Jefferson. She has previously clashed with Gov. Ralph Northam’s administration over the issue.

In an email shared with AP, the Democrat running the hearing, Schuyler VanValkenburg, apologized to Nomani that she was not offered the chance to speak, and noted she was able to weigh in during a subsequent hearing. He didn’t respond to a message seeking comment.

“Virtual sessions make it easy to silence opposition. And that should scare anyone who believes in democracy,” House Republican Leader Todd Gilbert said in a statement after the incident.

In the Senate, Republican Ryan McDougle recently had an embarrassing moment during a hearing to interview judicial candidates. Several members of the public dialed in to testify, but then began to cross-examine one of the candidates, something that has never previously been allowed, McDougle said. A few minutes later, McDougle was picked up on a hot mic repeatedly saying: “This is a f—-ing s—-show.”

“The words I chose were wholly inappropriate; the sentiment they expressed was not strong enough,” McDougle said in an interview.

McDougle’s profanities were later edited out of the recording posted online, which raised concerns among some transparency advocates. Senate Clerk Susan Clarke Schaar said she made the call, deeming the language irrelevant.

Lobbyists also have found the virtual setup less than ideal, in part because it offers fewer opportunities to catch lawmakers face-to-face or ensure they receive a message.

“I think a virtual legislature is certainly worse than an in-person legislature,” said Michael Town, executive director of the Virginia League of Conservation Voters and a longtime environmental advocate at the legislature. “And I think that most legislators would agree with that.” 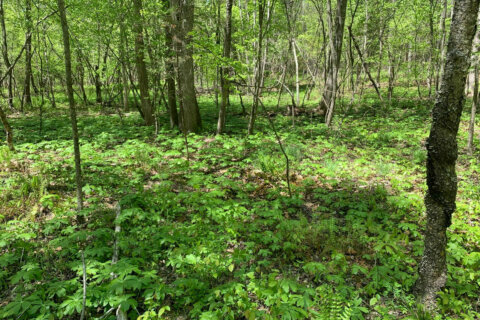