Census delay helps GOP in one statehouse, Dems in another

The Census Bureau’s missed deadlines could be a boon for Virginia Republicans but a bust for the New Jersey GOP — and the reverse for Democrats — as the only two states with legislative elections this year do so without the data they need to draw new boundaries.
Listen now to WTOP News WTOP.com | Alexa | Google Home | WTOP App | 103.5 FM

FALLS CHURCH, Va. (AP) — The Census Bureau’s missed deadlines could be a boon for Virginia Republicans but a bust for the New Jersey GOP — and the reverse for Democrats — as the only two states with legislative elections this year do so without the data they need to draw new boundaries.

The 2021 election cycle, the first since Democrats took control of the White House and Congress, is also supposed to be the first conducted after redistricting based on changes captured in the once-a-decade census required under the Constitution.

The delay in census figures means Virginia and New Jersey will continue to use decade-old maps that don’t reflect growth in areas such as northern Virginia and may undercount people of color, factors that could contribute to shifts in their statehouses.

The two are the only states with statewide elections in 2021; the unusual election cycle often provides an early window into the electorate’s view on a new presidential administration.

In past decades, the Census Bureau has given Virginia and New Jersey priority in receiving their redistricting data so they can complete the process in time to run their elections. This year, the entire census has been delayed by a combination of factors, and a top Census Bureau official said Wednesday that states won’t receive the necessary redistricting data for legislative boundaries until July.

That’s too late to accommodate Virginia and New Jersey, so they will have little choice but to conduct elections this year under the existing boundaries.

In New Jersey, voters approved a constitutional amendment to leave the existing lines in place for 2021 if the state didn’t receive the requisite census data by February, so its path forward is clear.

But that doesn’t mean everyone is pleased with how things turned out.

Republicans gripe that the amendment will lock in a Democratic advantage for another year, and apart from political party considerations, there are worries that people of color — particularly Hispanics and Asian Americans — whose population has grown an estimated 20% over the past decade won’t be fairly represented.

“It has kept Republicans in the minority for 20 years. Why would we want to keep a map that has kept Democrats in the majority?” he said.

The nonpartisan Princeton Gerrymandering Project raised concerns that the amendment could put people of color at a disadvantage.

“It would … dilute the voting power of these communities immediately, in 2021,” said the project’s director, Sam Wang, during a legislative hearing. “A two-year delay in redistricting would likely harm communities of color, who have grown in population in areas across the state.”

Democratic Assemblyman John McKeon sponsored the amendment. He said if legislative redistricting were rushed in time for the 2021 election, it would likely be with incomplete census data.

“We either have a whole eight years of good numbers or 10 years of bad,” he said in an interview. “Why deal with partial numbers and then have a district that’s not representative?”

In Virginia, on the other hand, the status quo gives an advantage to Republicans, said Mark Rozell, political scientist at George Mason University.

“This buys one additional election cycle for Republicans before the redistricting process reflects the changes that benefit a more progressive side of the political spectrum,” Rozell said.

The expectation in Virginia is that the new data will continue the ongoing population growth in northern Virginia — a Democratic stronghold— at the expense of more rural areas that lean Republican.

The House of Delegates lines that were created in 2011 were drawn by a Republican-controlled chamber to benefit the GOP. In fact, when those boundaries were challenged on the basis of racial gerrymandering, Republicans defended themselves in court by arguing that they were motivated by partisan bias, not racial bias, when they drew the lines.

Democratic Del. Marcus Simon of Fairfax, a member of Virginia’s newly created bipartisan redistricting commission that will draw the new lines once the census data is received, said the GOP’s advantage under the old lines has been blunted to an extent by a 2019 court-ordered redistricting that unpacked racial minorities who had been crammed into 11 House districts. The redrawn lines made Democrats more competitive in a higher number of districts. That in turn fueled a Democratic gain of six seats in the 2019 House elections, flipping the chamber to Democratic control.

Less certain in Virginia is when candidates who win in 2021 will have to run again. A court could order elections to be held in 2022 to get the new lines in place as quickly as possible, and again in 2023. Or the 2021 winners could be allowed to keep their seats until 2023.

“There’s no chance (for Republicans) to claim the majority in 2022 if there’s no election,” he said. 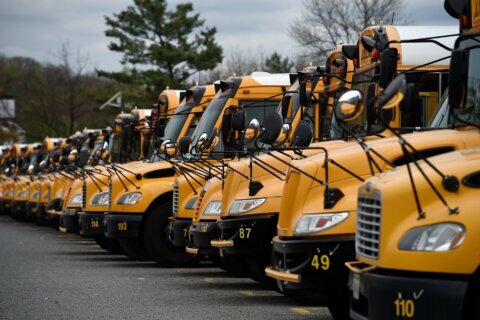