The racial disparities that exist when it comes to enforcement of possession laws, according to Carroll Foy, is why she is championing the push to make simple possession legal.
Listen now to WTOP News WTOP.com | Alexa | Google Home | WTOP App | 103.5 FM

On July 1, a law decriminalizing the possession of a small amount of marijuana took effect in Virginia. Now, a state lawmaker said she plans to introduce a bill, which, if passed, would go a step further.

“If we can decriminalize, we can legalize,” said Del. Jennifer Carroll Foy, a Democrat representing parts of Prince William and Stafford counties.

Carroll Foy, who has introduced similar bills in the past, plans to carry the bill in the special session if approved by the Speaker of the House.

The American Civil Liberties Union in a 2020 report found that while Black and white Americans use marijuana at similar rates, African Americans are 3.65 times more likely to be arrested for possessing the drug.

The racial disparities that exist when it comes to enforcement of possession laws, according to Carroll Foy, is why she is championing the push to make simple possession legal.

“This is what we need, and this is what we want, and I want to take another step forward and start making reinvestments in communities that have been most harmed by the failed war on drugs,” Carroll Foy said.

She said the bill would make it legal to possess less than a half an ounce of pot.

Several organizations in the state have raised concerns about legalizing marijuana, including the Virginia Association of Chiefs of Police.

Roche does not believe that racial minority communities are targeted more by law enforcement. He also believes legalizing the drug would cause more harm than it would help people in what he called struggling communities in the state.

“The victims and the people who call us about drug use, drug abuse, and chaos that comes from it are the very people who live in those communities,” Roche said.

Carroll Foy said the bill would still make it illegal for children to use and sell marijuana. She also said driving under the influence of marijuana and being intoxicated in public will also be against the law as part of the legislation.

If the bill doesn’t make it into the special session, Carroll Foy said she would look to introduce it in the 2021 session. 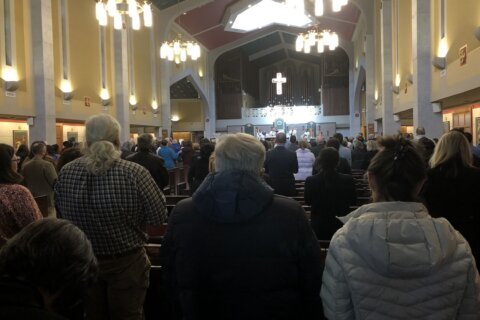