A man and a woman from the D.C. area, whose bodies were found lying near a crashed car off a Southern Virginia highway over the weekend, were murdered and did not die in the crash, authorities say.

A man and a woman from the D.C. area, whose bodies were found lying near a crashed car on an isolated stretch of highway in Southern Virginia over the weekend, were murdered and did not die in the crash, authorities say.

Virginia State Police troopers were called to the scene of a single-car crash shortly before 3 a.m. Saturday on Route 58/Philpott Road near Melon Road in the Turbeville community of Halifax County, about 10 miles from the North Carolina border.

Troopers discovered a silver Nissan that had apparently run off the road into the median.

Lying on the ground nearby, they found the bodies of 21-year-old Ntombo Joel Bianda, of Alexandria, Virginia, and 19-year-old Ayanna Munne Maertens Griffin, of Germantown, Maryland.

Investigators determined the two did not die as a result of the car running off the road, and authorities are now investigating the deaths as homicides, Virginia State Police said Monday.

GoFundMe campaigns for both Bianda and Maertens Griffin have been set up by family members. State police called the two “close acquaintances.”

“We are exploring multiple possibilities to include there being a second vehicle involved, which is why it is so important for anyone who may have seen or heard something suspicious early Saturday morning along Philpott Road to reach out to state police,” Cooper said.

There’s no word yet on how the two were killed. A Virginia State Police spokeswoman said authorities aren’t releasing the cause of death at this stage of the investigation.

The area where the two bodies were found is an isolated stretch of highway and not heavily traveled in the overnight hours, state police said.

Authorities are looking for anyone who may have seen the silver 2009 Nissan Maxima — which had Virginia license plates — in the hours leading up to the discovery of the bodies. The car is registered to Bianda, state police said.

State police are looking for anyone who may remember seeing the car anywhere between South Boston, Virginia, and Danville, Virginia, between 11 p.m. on Friday, Feb. 7 and 3 a.m. on Saturday, Feb. 8. State police also want to hear from anyone who may have passed through the stretch of highway where the bodies were found between 2:30 a.m. and 3 a.m. on Saturday.

Police are “encouraging the public to come forward with any information to help investigators piece together the circumstances” of the killings.

Below is a map showing the location where the bodies were found and the route the Silver Nissan may have traveled:

Anyone with information about this incident is encouraged to call the Virginia State Police at 434-352-7128, or #77 on a cellphone, or to email questions@vsp.virginia.gov. 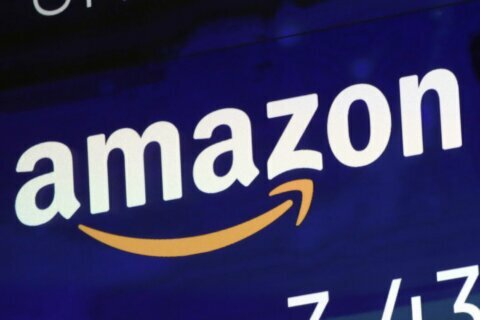