Richmond gun rally will not be ‘armed protest,’ says organizer

The lead organizer behind a major pro-gun rally planned for Richmond, Virginia, later this month is defending the event, saying there is "nothing menacing" about it following media reports that suggested it would be an "armed protest."
Listen now to WTOP News WTOP.com | Alexa | Google Home | WTOP App | 103.5 FM

The lead organizer behind a major pro-gun rally planned for Richmond, Virginia, later this month is defending the event, saying there is “nothing menacing” about it following media reports that suggested it would be an “armed protest.”

“That’s a totally inaccurate summary of what this is,” said Philip Van Cleave, president of the Virginia Citizens Defense League.

“It is merely a lobby day. It’s just speakers,” he said. “We do this every year and we’ve never had any problems.”

Van Cleave denied that his group is actively encouraging participants to carry guns, saying it has actually discouraged people from carrying “long guns,” in particular.

“We never say ‘bring your guns’ to anything,” he said. “We leave carrying up to the individual. We don’t tell them what to do.”

Van Cleave said his group is working closely with Richmond police, Capital Police and State Police, but the annual rally has generated security concerns as it is expected to be much larger this year, with the gun debate raging across Virginia.

Democrats, who recently took control of the General Assembly, want to mandate universal background checks, ban assault weapons and pass a red flag law to allow the temporary removal of guns from someone who is deemed to be dangerous to themselves or others.

“We want the government to keep its hands off our ability to protect ourselves,” said Van Cleave. “People are really, really upset.”

The Virginia Citizens Defense League is expecting at least 30,000 people to show up on Jan. 20.

According to the group, it typically books three buses for the event. But this time, it has already arranged about 30 buses, not including buses coming from other Virginia groups and out-of-state organizations.

“We don’t have any firm numbers, but we do expect it to be an absolutely sizable crowd,” said Van Cleave. 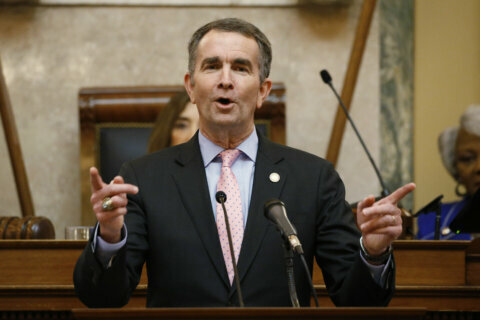