A variety of changes were made in Virginia's so-called "veto session." including more funding for the Northern Virginia Transportation Authority and a popular move to restore driver's licenses to more than 600,000 Virginians.
Listen now to WTOP News WTOP.com | Alexa | Google Home | WTOP App | 103.5 FM

Virginia will raise truck fees and diesel taxes statewide and add gas taxes along Interstate 81 to pay for major interstate upgrades across the state and to fill a hole in Northern Virginia left by last year’s Metro funding deal.

The changes include more funding for the Northern Virginia Transportation Authority and for interstate corridors across Virginia, including I-95 and I-66.

It was one of the most significant actions during the one-day reconvened session in Richmond Wednesday, often referred to as the “veto session.”

On another significant transportation measure, House Speaker Kirk Cox blocked a safety measure that had significant support during the session to ban handheld cell phone use behind the wheel.

Gov. Ralph Northam had added the hands-free provisions to a bill that only banned handheld cell phone use in work zones. Cox found the amendments were not relevant enough to the bill to proceed since the Virginia General Assembly had failed to give final approval to the broader hands-free bills during the regular session this winter.

Near the end of the session, a conference committee made changes to the bills that had passed each chamber by wide margins, which led to the bill’s defeat in the House in February.

Lawmakers also rejected Wednesday an even tougher “move over law” than the new penalties approved this winter. It will now be reckless driving to fail to move over for law enforcement, firefighters and EMS, but a traffic infraction to fail to move over or slow down for other vehicles with
flashing lights on the side of the road, such as tow trucks. The amendments would have treated vehicles with flashing amber lights, such as tow trucks and highway help vehicles, the same way as police and fire vehicles.

The General Assembly put off Virginia’s first speed cameras for at least another year.

600,000-plus driver’s licenses to be restored as part of budget

In votes that sparked applause in each chamber, lawmakers approved a change to restore drivers licenses to more than 600,000 Virginians who have had their driving privileges revoked solely due to unrelated court fines and fees.

The budget amendment also provides funding to avoid reinstatement costs and
to prevent the suspensions in the future.

The hope is that restoring driver’s licenses will allow people to get or keep jobs to pay off the fines and fees. Opponents were concerned that there is not always another way of enforcing fine payment, and some of the reinstatement fees will also be waived for drivers who had licenses
suspended for traffic violations. The budget language is only applicable for one year starting July 1, so additional bills would need to be passed in future sessions to make the change permanent.

Lawmakers also approved budget amendments from Northam, adding $4 million more than initially approved by the General Assembly to an affordable housing fund, and guaranteeing a legislative watchdog’s access to Department of Corrections records.

The state Senate rejected an amendment that would have increased the number of lower-income people who will get special one-time tax refunds. Sen. Tommy Norment said it would have equated to supporting part of Northam’s proposal in December to make the earned income tax credit refundable, to which he had objected.

The Senate also rejected adding $1.5 million in funding back for census outreach to ensure all Virginians are counted. The state gets federal funding based on the count, but opponents of the spending said it was considered in the conference committee in February and lawmakers determined it was not needed.

The General Assembly rejected an effort by Northam to change a bill meant to reduce the governor’s power to choose the state’s elections commissioner.

They approved changes to stagger terms for a newly expanded five-member board, even as the current three-member board met across Capitol Square. It was the first meeting for all three new members.

Northam still has the power to sign or veto bills sent to him from Wednesday’s session.

Lawmakers failed Wednesday to override any vetoes on bills from this winter’s session, including a bill Northam vetoed that would have required voter information be checked against the flawed federal Social Security database.

Northam had also vetoed other bills including ones that would have restricted regional agreements on greenhouse gas emissions further than the state budget, further restricted so-called “sanctuary” policies toward immigrants, and expanded no-frills health care plans.

The General Assembly approved a change to a bill meant to help feds furloughed during the government shutdown.

The bill allows some temporary relief from legal penalties for late mortgage or rent payments from furloughed workers. The law is specifically tied to the shutdown that began in December, but could help people who are still catching up on payments.

The change makes the bill effective immediately when Northam signs it, rather than July 1.

Lawmakers rejected a proposal by the governor to somewhat loosen a bill’s new restrictions on sex offenders in emergency shelters during evacuations.

The House also rejected an amendment offered by the governor to clarify a bill meant to toughen penalties for drug dealers whose product is used in an overdose. The amendments would have provided exceptions for people who act as good Samaritans or who did not sell the drugs.

The House also rejected amendments changing a newly proposed mandatory minimum sentence for killing a police animal to an optional sentence, since the bill as written applied more broadly than to just police dogs in the line of duty.

The day ended with tributes to the many retiring lawmakers who have decided not to run for re-election this year. All 140 General Assembly seats and a number of local positions are on the ballot this fall. 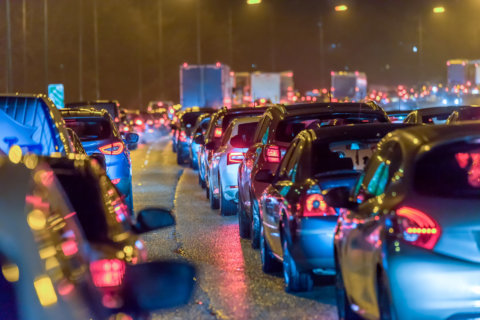 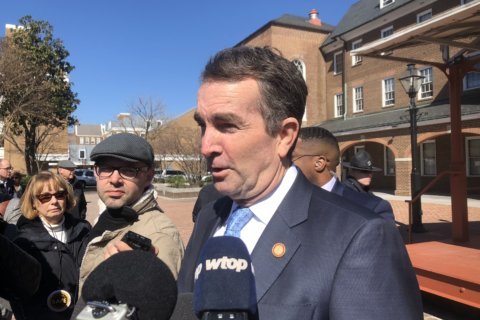