After volunteering with senior citizens, some Warrenton, Virginia, students were inspired to go a step further.

Dozens of students from Taylor Middle School decided to participate with the Library of Congress StoryCorps program, which collects the oral histories of everyday Americans for posterity. The students visited Poet’s Walk — a memory care community in Warrenton — to record the stories of eight residents on Tuesday.

“They listen very well, and they like to hear these stories,” 82-year-old Ann Johnson said afterward. “This was exciting to them. It really was.”

The children showed great interest as they listened to the seniors’ stories. They giggled and laughed as they asked questions, got responses and interacted with the residents.

English teacher Cathleen Beachboard said her students are currently reading “The Diary of Anne Frank,” and have been impressed with the power of the young girl’s story.

“They said, ‘If her story can change the world, what about these people?’ And they know (the residents) also have Alzheimer’s and dementia here,” Beachboard said. “They didn’t want their stories to end up being erased or taken away because of a disease.” 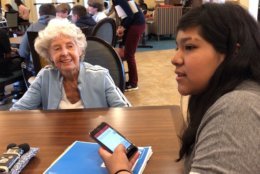 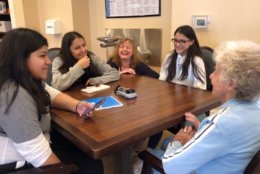 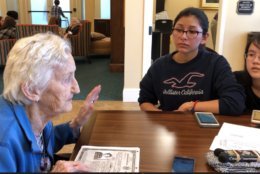 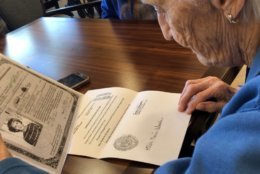 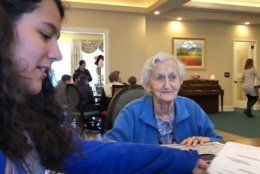 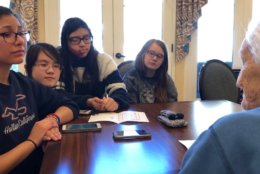 In addition to recording and preparing the stories for posterity through the library’s StoryCorps app, the students will be creating audio recordings to give to the families of participants during a future celebration.

“It will be a permanent reminder of the awesome lives that these people live,” Beachboard said.

After a series of sessions, with different students cycling in and out over the course of the day, 86-year-old Hilda Wasdin expressed concern about not remembering the answers to all questions, but she appreciated the children’s interest.

“I was worried that I didn’t get everything down that I should have,” Wasdin said. “I dearly enjoyed them. They’re smart and very nice.”

Students from Taylor have been volunteering at Poet’s Walk since February. The residents appreciate having the students around, faculty said.

“It’s a great opportunity for middle-schoolers to learn about our aging population, especially (those) with dementia,” said Carole Rose, Poet’s Walk resident and family ambassador. “And, for our residents to engage with younger generations. It really inspires and stimulates them in a good atmosphere.” 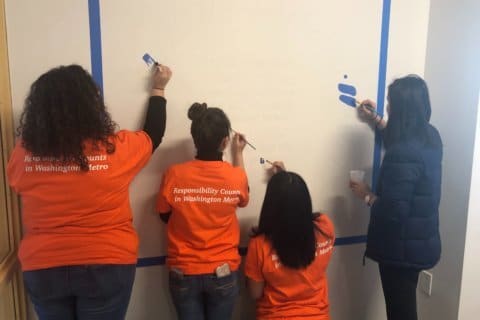 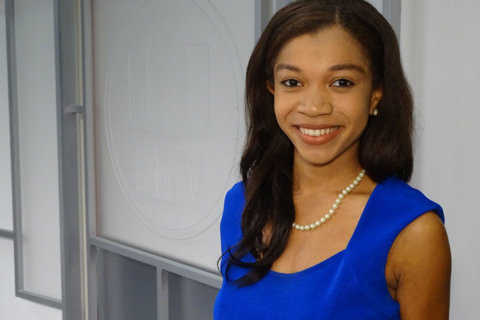