While the tests are no longer the only criterion used to determine the accreditation status of Virginia schools, they're still considered a priority by students and educators. Find out how area schools ranked.
Listen now to WTOP News WTOP.com | Alexa | Google Home | WTOP App | 103.5 FM

The pass rates only indicate the proportion of students meeting minimum standards, and are not weighted to account for different students in the system each year; smaller systems where a small number of students can significantly swing results, or differing demographic challenges in each system. Still, the tests are something students, teachers and administrators spend a significant amount of time on.

Students take the Standards of Learning tests, commonly known as SOLs, from elementary through high school.

While the pass rates had been the sole measure used to describe the accreditation status of schools, the status can now be adjusted higher based on significant growth in student test scores, progress closing achievement gaps or reductions in chronic absenteeism. High school accreditation information will also factor in changes to dropout and graduation rates in schools in each of Virginia’s 131 public school divisions.

On English reading tests, tiny West Point, east of Richmond, had the highest pass rate for the 2017-2018 school year with 93 percent of all students passing their exams.

On history and social science tests, Falls Church had the highest pass rate in the state, two points ahead of West Point and Wise County. Bland County, in southwest Virginia, and Poquoson followed just behind. 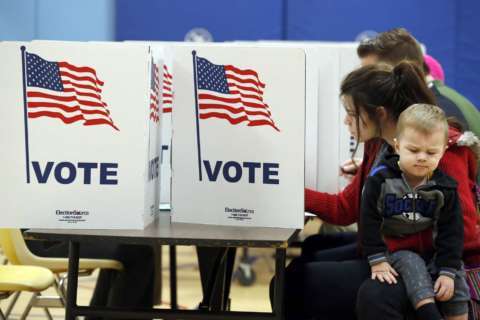