Thousands of people have been fined in the months since Virginia, for the first time, imposed penalties on people who drive too slowly in the left lane or commit other related traffic violations, according to data obtained by WTOP.
Listen now to WTOP News WTOP.com | Alexa | Google Home | WTOP App | 103.5 FM

WASHINGTON — Thousands of people have been fined in the months since Virginia, for the first time, imposed penalties on people who drive too slowly in the left lane or commit other related traffic violations, data obtained through a public records request show.

Beginning July 1, 2017, Virginia set a $100 fine for driving too slowly in the left lane, failing to stay to the right side except when passing, and other violations, such as crossing a double yellow line. Before that, the infractions were considered legal violations but had no fines attached.

A similar effort in Maryland narrowly failed in the state senate last year amid concerns the ban would simply be an excuse for police to pull drivers over. This year, bills to restrict the use of the left lane in Maryland failed to advance to the House floor.

From July 1, 2017 through April 3, 2018, 1,951 citations were filed in general district courts across the state for failing to drive on the right half of the highway except when overtaking and passing another vehicle, according to data provided to WTOP by the Supreme Court of Virginia in response to a public records request.

One person successfully challenged the citation by specifically arguing that they complied with the law; 58 cases ended with a not guilty finding; 126 cases were dismissed; and 115 cases were not pursued by prosecutors.

Another 14,815 people were cited between July 1, 2017 and April 3 with the new $100 fine under a broader section of the law that explicitly requires any vehicle going slower than the normal speed of traffic to stay to the right except when passing a vehicle or preparing for a left turn. That section of the law also includes violations such as trucks failing to stay in the right lane in designated areas, crossing a double-yellow line, unsafe lane changes, or changing lanes in certain areas where that is prohibited.

The Supreme Court was not able to differentiate among the different offenses in that section on a statewide scale since the state’s court system logs code sections but not the subsections that drivers or other people are charged under. None of those violations carried specific fines before July 1.

According to the data provided, 5,327 people charged under that overall code section paid the new $100 fine before a court date; 2,185 were found guilty; and 2,570 were found guilty in absentia.

The data also showed 1,030 cases were dismissed; 695 cases were dropped by prosecutors; 335 cases ended with a not guilty finding; and in four cases the case concluded with an explicit finding that the driver complied with the law.

Some cases under each code section remain pending, while others were transferred to different courts. In a handful of cases, judges issued a warrant that marks that person as a fugitive for a driver’s failure to appear for a scheduled court date after not prepaying the fine.

In some of the thousands of cases identified, the drivers may have faced other charges in addition to those under Virginia Code Section 46.2-802 or Section 46.2-804.

Va. sets a lower fine for driving too slowly in left lane 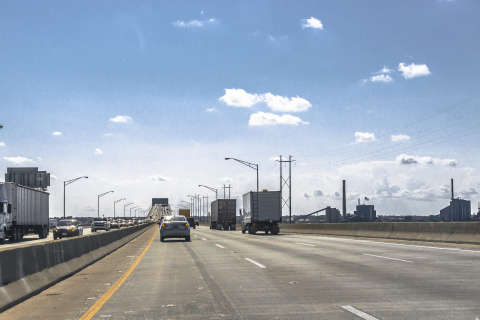