The Democratic governor, who was swept into office on a wave of voter dislike of President Donald Trump, pressed lawmakers at a joint meeting of the General Assembly Monday evening to help him pass a liberal agenda that Republicans have traditionally opposed. Democrats made major gains in the state House, but Republicans still have a slim majority in both chambers.

“We all recognize the extraordinary changes that voters made to this assembly in November,” Northam said, when pushing for Medicaid expansion. “They expect us to deliver on the mandate they sent.”

But there’s little sign that Republicans are willing to abandon their long-held positions on key issues.The governor’s remarks came the same day that GOP-led legislative panels defeated Northam-backed bills on guns and a proposal to raise the felony theft threshold from $200 to $1,000. The panel did agree to raise the threshold to $500, but similar proposals have died in the state House in past years. Republicans also spiked a bill to raise the minimum wage to $15 an hour, something Northam advocated for in his campaign.

GOP leaders said they were disappointed in what they characterized as a hyperpartisan tone in Northam’s address. They said he’d misread the mood of the state’s electorate and Virginians are mostly happy with how Republicans have governed, particularly in fiscal and state budget areas.

“The wave that swept through Virginia this last year was more of a Trump effect,” said Del. Chris Jones.

The biggest fight may be over expanding Medicaid, a long-sought Democratic priority backed by powerful interests in the state’s business community. Advocates for expansion, which a majority of states have done, say that would be a prudent way to provide health care for the state’s poor at minimal expense to the state. Republicans have said the state cannot afford the long-term costs of a vast expansion of the state’s safety net.

Northam received long, standing ovations from Democrats gathered in the General Assembly when he said he was committed to expanding Medicaid this year, calling it a matter of “basic economic justice.” Republicans stayed seated and did not clap.

Northam may find better luck with his call for extra money in education, which Republicans also have championed. The governor wants more money for a grant program to help community college students get credentials and licenses in high-demand fields, as well as extra funds to help recruit and retain public school principals, teachers and support staff.

Other priorities Northam outlined include new student loan protections and ban politicians from using their campaign funds for personal use. He also backs legislation that would add Virginia to the country’s only regional program that mandates emission reductions in the power sector, known as the Regional Greenhouse Gas Initiative. 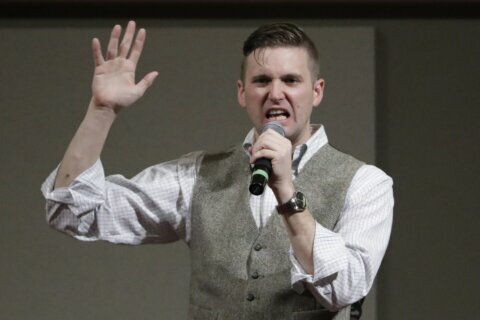