Two years after a video of a contentious meeting about plans to build a new mosque in Spotsylvania went viral, the Islamic Center of Fredericksburg plans to expand its current facility.
Listen now to WTOP News WTOP.com | Alexa | Google Home | WTOP App | 103.5 FM

WASHINGTON — New plans for expanding the Islamic Center of Fredericksburg have drawn a calmer response from residents than the original proposal for a new facility did two years ago.

The center had been planning to build a larger mosque about a mile away from its current building to house its growing congregation and bought property on Old Plank Road in 2012 to build the larger mosque on.

However, an anti-Muslim uproar at a community meeting in 2015 brought national attention to the project and the effort fizzled out.

Now, the center is looking to get the Old Plank Road property rezoned to allow up to 19 houses to be built on it. Currently, only three are permitted.

Should the rezoning be approved by the Spotsylvania County board of supervisors, the Islamic Center would sell the land to a homebuilder. It would then take that money, buy a parcel of land next to its current Harrison Road property and expand its current facility.

That decision is likely a few months away.

The Fredericksburg Free Lance-Star reports community reaction to this new plan has been far calmer than the 2015 discussions with the prevailing concern being traffic on Old Plank Road, best described as a secondary road serving residential developments and farms.

However, county officials had told the paper that the county prefers residential use of that land over commercial or community use since it would have less of an impact on traffic.

If the rezoning is denied, the Islamic Center plans to go back to its original effort of building a larger mosque on the Old Plank Road property.

This all comes months after a group in Culpeper County sued the county when it denied a permit for a proposed Islamic center there. The two sides settled leading to the county approving its construction in April. 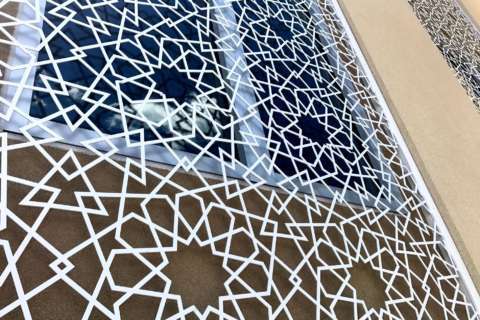