One poll by the University of Mary Washington gave Democratic Lt. Gov. Ralph Northam a 5-point lead over Republican Ed Gillespie, with 44 percent of likely voters favoring Northam compared to 39 percent backing Gillespie, according to the statewide poll of likely voters conducted between Sept. 5 through 12.

The survey had a margin of error of plus or minus 5.2 percentage points.

“The latest Mary Washington survey demonstrates that both candidates have a lot of work to do between now and November,” said Stephen Farnsworth, professor of political science at the University of Mary Washington and director of its Center for Leadership and Media Studies. “The large number of undecided voters at this stage demonstrates that either major party candidate can become the next governor of Virginia.”

Libertarian candidate Cliff Hyra has the support of 3 percent of likely voters, with others undecided in the 1,000-person survey of Virginia adults.

Another poll by Suffolk University showed Northam and Gillespie tied with 42 percent support and 12 percent undecided.

Hyra had 3 percent support in the Suffolk poll as well.

The poll has a margin of error plus or minus 4.4 percentage points.

The Virginia gubernatorial race is seen as an early referendum on the Trump administration and a lot of money is expected to pour into the race, especially from outside groups.

Campaign finance reports from July and August show that Northam’s campaign had a nearly $3-million edge over Gillespie.

“Over 540,000 people voted in the Democratic primary for governor, which is a nonpresidential primary record in the state of Virginia,” said Geoffrey Skelley, an associate editor of Sabato’s Crystal Ball at the University of Virginia Center for Politics told WTOP previously. “That fits into the building narrative that Democrats around the country are very engaged at the moment.”

Despite the narrow victory in the primary, both candidates appear to have locked down their party’s supporters. Both had the support of 91 percent of likely voters who identified with their party.

“Both campaigns have secured nearly all the party loyalists,” Farnsworth said. “Hesitation to support the eventual nominees in their respective parties has just about disappeared.”

According to the poll, Northam has a big lead over Gillespie among likely voters in Northern Virginia, leading 55 percent to 27 percent. Gillespie’s support is strongest in the western part of the state, leading Northam by 10 points, 48 percent to 38 percent.

The survey also shows a gender gap among likely voters. Northam has a big lead with women with 50 percent favoring him compared to 33 percent backing Gillespie and 2 percent backing Hyra. The rest are undecided.

The poll also suggests that Democrats have support among likely voters for the other statewide offices of lieutenant governor and attorney general.

Voters head to the polls in Virginia on Nov. 7.

See the results of the full survey on the University of Mary Washington’s website and Suffolk University’s website. 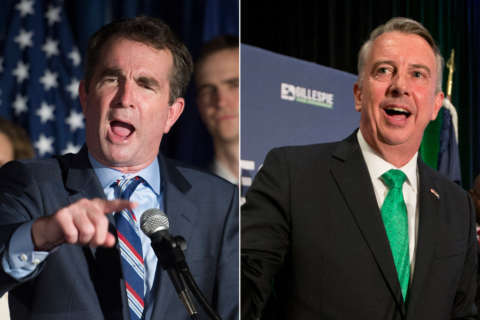 Lessons from Virginia’s primary as gubernatorial race heats up 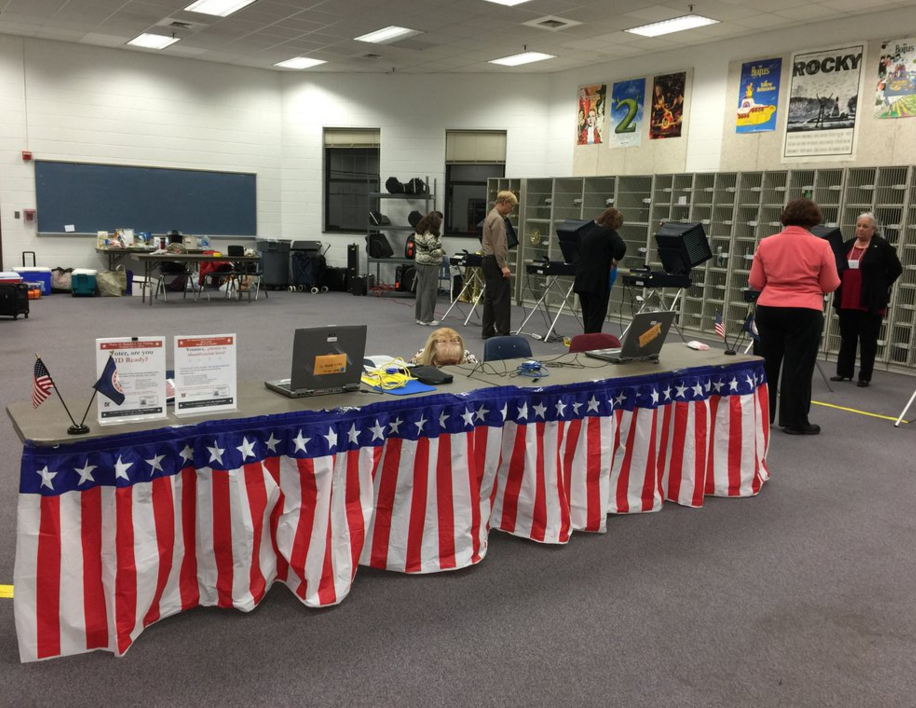 A tight race and a blowout in primary races for Va. governor