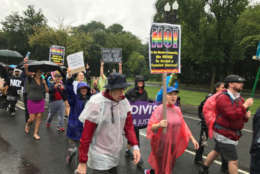 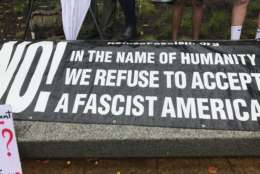 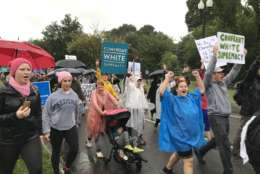 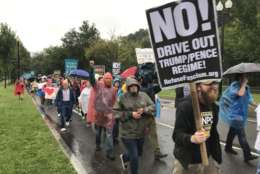 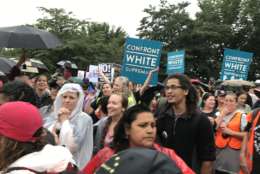 WASHINGTON — A 10-day protest march from Charlottesville, Virginia, to D.C. reached the finish line Wednesday when soaked demonstrators arrived, in a driving rain, at the Martin Luther King Jr. Memorial.

Organizers said the march was in protest of a white nationalist rally that turned deadly in Charlottesville on Aug. 12.

While protesters walked various legs of the more-than-100-mile route from Charlottesville, a large crowd joined the small band of marchers for the final few miles from Rosslyn into the District.

The marchers’ spirits seemed high, despite the drenching rain.

“We’ve marched through rain. I think this is our third day of rain, on sidewalks, off sidewalks, on highways. Our message of confronting white supremacy is so much more important than this weather,” said Tracey Corder of Oakland, California.

Among the marchers’ demands is the removal of President Donald Trump from office.

Several activist groups took part in the march, including the Working Families Party, Action Group Network and Color of Change. 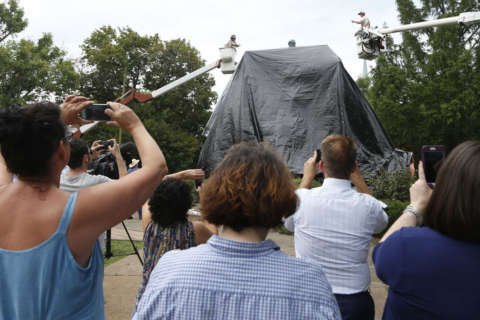 Dozens march from Charlottesville to DC against white supremacy