About four out of five students passed tests in each of the major subject areas, but the results also showed significant achievement gaps based on students’ wealth and background.
Listen now to WTOP News WTOP.com | Alexa | Google Home | WTOP App | 103.5 FM

WASHINGTON — Virginia students passed standardized tests at about the same rate this year as last, according to results released Tuesday morning.

About four out of five students passed tests in each of the major subject areas, which means about one out of five failed. The pass rate was slightly better on history and social science tests.

In each of the broad categories, the 2016-2017 pass rate for students from very low-income families was 11 to 13 points lower than the pass rate for all students.

Significant achievement gaps also persist on these tests for black and Hispanic students when compared to their white counterparts.

View the full results on the Virginia Department of Education website.

While overall pass rates are flat over the past three years, Superintendent of Public Instruction Steven Staples focused on previous improvements as schools adjusted to new testing introduced starting in 2012.

“This long-term, upward trend is far more important than a snapshot for a single year and reflects the hard work of thousands of teachers, principals and other educators and their dedication to helping students meet high expectations,” Staples said.

The Virginia Department of Education said about half the 1,805 open public schools in the state with reportable test results improved pass rates this year in math or reading.

The end-of-course Algebra II test had the highest pass rate this year of any of the standardized test — 90 percent. That was closely followed by the chemistry test at 89 percent. Those results are both a 1 percent increase from last school year.

Each of those tests are taken on computers so that if a student gets a moderately difficult question wrong, a slightly easier one comes up next or vice versa. The 2017-2018 school year will be the fourth and final year of phasing in the computer adaptive math and reading tests for grades 3-8. Middle school reading testing is the last to change over.

The adaptive tests are scored based both on the number of questions answered correctly and the difficulty of those questions.

Students can pass the tests at either a “proficient” level or an “advanced” level.

For at least the third consecutive year, the test with the highest advanced pass rate (43 percent) was Virginia Studies, a test of basic Virginia geography, civics and history.

Earth science, end-of-course English reading and Algebra I had the lowest proportion of students get advanced scores — each under 10 percent.

Class is in session: Here’s when kids in the DC area head back to school 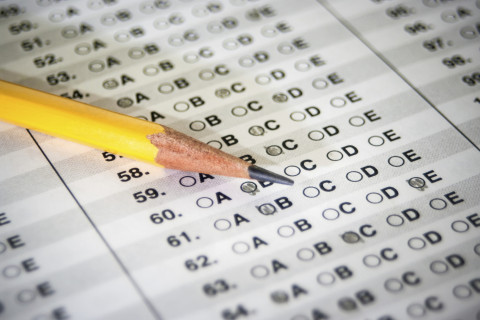 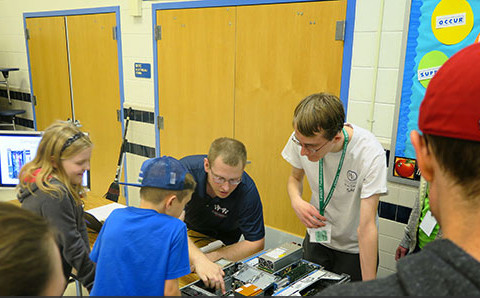