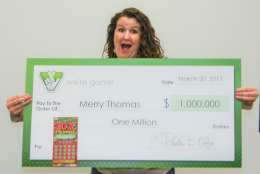 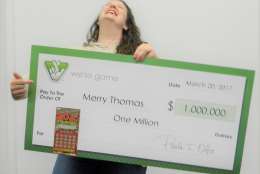 WASHINGTON — They say those who can, do, and those who can’t, teach, but a Fredericksburg, Virginia, woman would beg to differ.

Merry Thomas had just gotten off working an overnight shift early Monday morning, and she and a co-worker bought lottery tickets at the Giant at 35 Town and Country Road, in Fredericksburg.

“Right in front of my eyes I saw this woman turn into a puddle,” Thomas’ co-worker told the Virginia Lottery when Thomas claimed her prize later Monday. Thomas said, “I’ve been freaking out since then!”

She told the Virginia Lottery that she had no immediate plans for the money, saying, “I just feel so fortunate. … It’s unbelievable!” 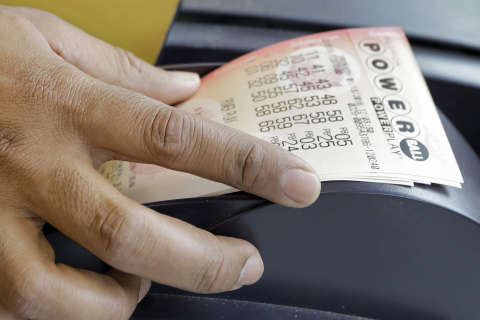