Virginia Gov. Terry McAuliffe isn't backing down from a historic deal with Republicans to strengthen guns laws in the state despite push back from both sides of gun rights issue.
Listen now to WTOP News WTOP.com | Alexa | Google Home | WTOP App | 103.5 FM

WASHINGTON — Virginia Gov. Terry McAuliffe isn’t backing down from a historic deal with Republicans to strengthen guns laws in the state despite pushback from both sides of gun rights issue.

The deal addresses one of his top legislative priorities. McAuliffe told WTOP Monday that he campaigned on the issue of requiring background checks at gun shows and taking away guns from those who are the subject of protective orders in domestic violence cases. But he never campaigned on tightening conceal carry permit regulations, he said.

“I have to balance, how do we keep folks safe?” he said. “It’s not just talk, it’s actually action and I’m saving lives.”

McAuliffe said last year four people were killed by individuals who were under protective orders intended to keep them away from their victims.

“This is life, this is compromise. If you’ve get the left and the right mad, I guess you figure you’ve done a pretty good job,” he said.

Proponents of tougher gun restrictions, including the parents of slain Roanoke TV reporter Alison Parker, said it was dangerous to restore reciprocity agreements with 25 states with more lax conceal handgun permit laws. The National Rifle Association, which generally supports the deal, has concerns about some details of the brokered terms, McAuliffe said.

The new legislation would expand voluntary background checks at gun shows and require state police to be at all gun shows in order to conduct those checks. Individuals subject to protective orders would not be able to possess or purchase a gun and must turn over or sale any guns they already own or face a felony charge. Virginia would recognize concealed handgun permits with states that offer them.

McAuliffe said the deal wouldn’t have been possible had Attorney General Mark Herring not announced in December that Virginia would no longer recognize the concealed gun permits of 25 states. The governor said that GOP leaders came to him about two weeks ago to try and strike a deal. 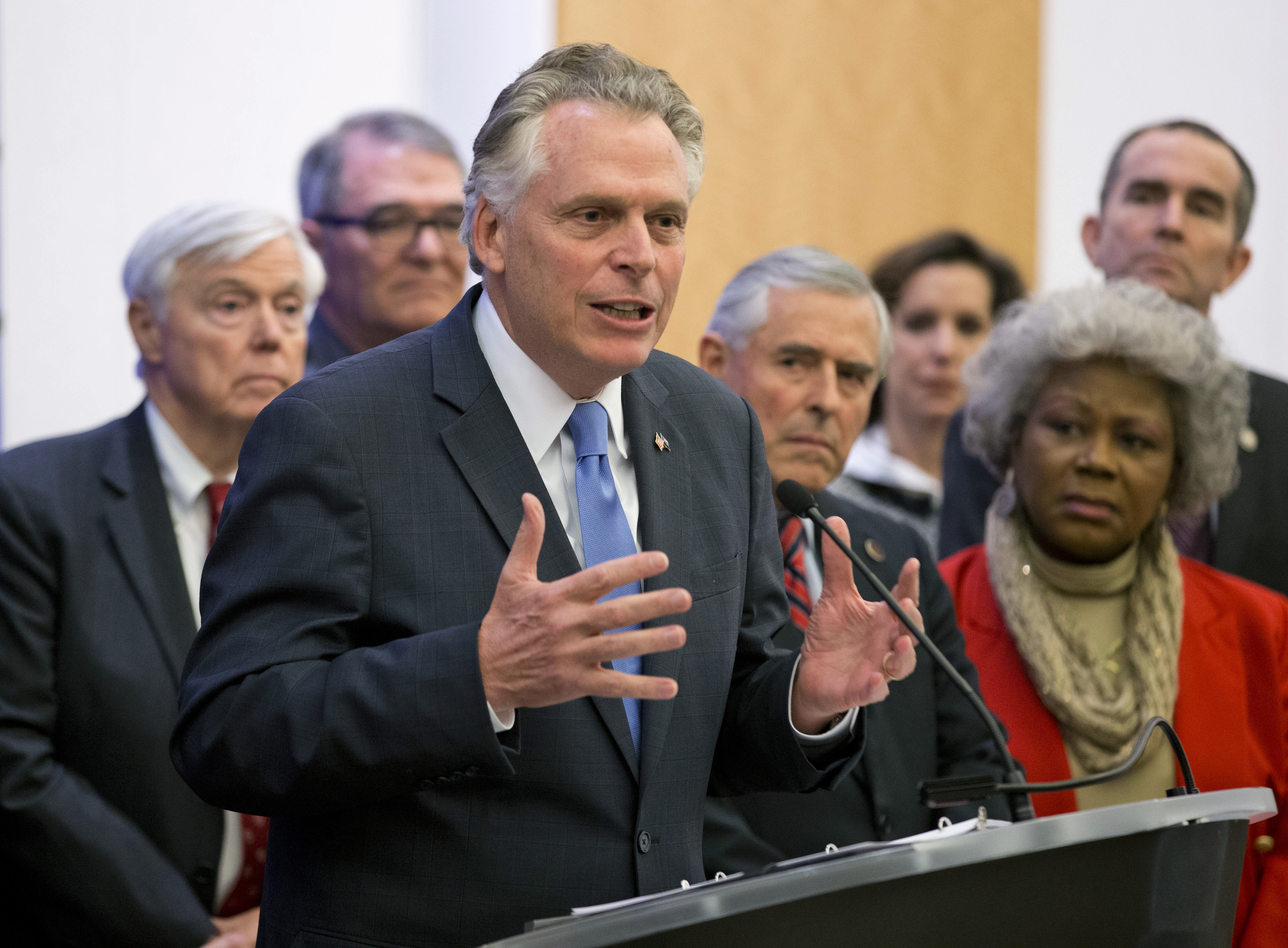