WASHINGTON — A major transportation funding change in Virginia is bringing in far less money than what’s needed to address the state’s transportation needs.

Among other things, officials say much of the decline can be attributed to sharply lower gas prices.

John Lawson, the Virginia Department of Transportation’s chief financial officer, told the Commonwealth Transportation Board this week that while a 2013 bill has brought in roughly $3 billion in additional tax revenue, that’s only 75 percent of what was expected when the bill was signed into law.

The bill raised sales and titling taxes, and changed the gas tax from a flat rate to a sales tax tied to the price of gasoline. But as gas prices continue to fall, local funding has taken a hit.

So far this fiscal year, Lawson said overall revenue for the transportation fund is up nearly 2 percent over the lower adjusted forecast, thanks to both retail sales taxes and motor vehicle sales.

“We are expecting growth to continue, but we don’t expect these increases to replace or get us back to where we thought we would have been,” he said.

Virginia transportation secretary Aubrey Layne said the now-projected $19.3 billion between fiscal years 2014 and 2019 is simply not enough to address all the state’s issues.

“There’s this misconception that everyone’s paying much more and we’ve got all this money, and that is just not accurate,” Layne said.

Approved bond money has been used up, so new funding from taxes will have to replace the billions spent over the last several years. There are no construction bond dollars scheduled in the next six-year plan.

“The differential is extreme between the ‘ask’ and what we really have, which is less than what we thought we were going to have,” he said.

“It still all goes back to the perceived needs out there of billions of dollars, and the reality of what we have to work with.” 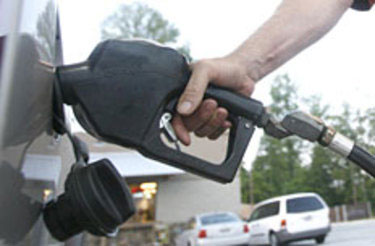 Changes in fuel taxes will prompt changes in gas prices