The Henrico County sheriff has revokedDemocrat Joseph Morrissey’s work-release privileges after he gave an interview announcing his resignation from the General Assembly. The Richmond-Times Dispatch reports Morrissey apparently failed to get permission — as required — to go places when not in jail.

RICHMOND, Va. (AP) — A Virginia state lawmaker who is working as a legislator and lawyer by day and returning to a jail cell at night said Thursday he is resigning but plans to run in a special election for his seat.

Democratic Delegate Joseph D. Morrissey accepted a plea last week on a misdemeanor count of contributing to the delinquency of a minor. According to prosecutors, the 57-year-old Morrissey and a 17-year-old girl who worked for him as a receptionist had sex multiple times at his law office in August 2013 and texted their friends about it.

At a news conference in his Capitol office, Morrissey struck a defiant tone, saying there is no precedent for a sitting lawmaker to be expelled from office for committing a misdemeanor crime. Several high profile Democrats had called on him to step down after he entered an Alford plea last week. The plea means a defendant acknowledges there is sufficient evidence for a conviction but does not admit guilt.

He was sentenced to 12 months in jail with six suspended but will ultimately serve three months, according to one of his attorneys. Morrissey is in a work-release program that allows him to work as a legislator and lawyer by day while spending nights in a Henrico County jail.

Morrissey said he plans to run for his same seat in a special election set for Jan 13.

“It is the voters and not political pundits and not partisan caucuses that should decide who serves in office,” Morrissey said.

Morrissey’s decision to run again surprised many, including House Speaker William J. Howell. Morrissey indicated to the speaker he was resigning, but did not say he planned to seek his seat again, according to the speaker’s spokesman Matthew Moran.

“This is a despicable, arrogant political stunt that should disgust each and every citizen of Virginia,” Howell said in a statement.

Morrissey has a long history of courting controversy.

After losing his re-election bid in 1993 under the cloud of bribery and perjury charges on which he was later acquitted, Morrissey went into private practice. He capitalized on the widely reported courthouse brawl by calling himself a “fighter” for his clients on ads plastered on city buses and decorating his office with boxing gloves.

Fisticuffs with a building contractor led to a misdemeanor assault and battery conviction and suspension of Morrissey’s law license in 2000. Three years later, the state bar revoked his license for failing to tell clients about the suspension. Unable to practice law, he taught in Ireland and then Australia before returning to Virginia in 2006 and winning four House elections in a row. 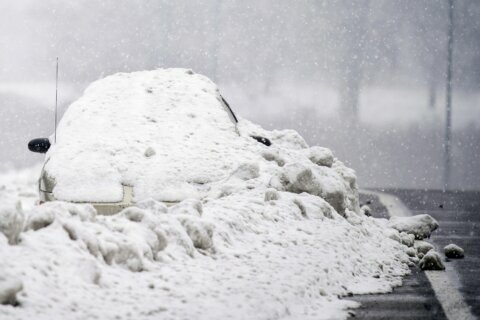 Va. schools can opt for remote learning during inclement weather