WASHINGTON – As prosecutors ask a judge to sentence former Virginia Gov. Bob McDonnell to more than 10 years in prison, McDonnell’s friends, family and supporters have sent hundreds of heartfelt letters to the judge asking for leniency.

McDonnell’s defense team is asking for a sentence of 6,000 hours of community service, far below the federal sentencing guidelines calculated in the case of 121 to 151 months.

The 440 letters from the defense team on behalf of Bob McDonnell include messages from immediate and extended family members, priests, bishops and rabbis, classmates from as far back as Bishop Ireton, members of his cabinet, and elected leaders from across the Commonwealth and across the country.

Many of the letters, including those from family members, ask the judge to spare McDonnell any jail time at the sentencing on Jan. 6.

Others include messages from someone who knew him as president of a Virginia Beach homeowners association, former teachers, an Army officer who served with McDonnell’s daughter Jeanine in Iraq, and a “combat wounded veteran and a Democrat” who met Mcdonnell through his wife, also a former Redskinette.

Below are selections from some letters:

Bobby McDonnell, one of McDonnell’s sons who is in graduate school at Duke writes:

“My dad has truly lived to serve his fellow man”

“He taught me how to treat women with respect, showed me what it meant to be a good husband and leader of a family, taught me to never make excuses, and told me the honest truth when I did not want to hear it”

McDonnell’s sister Maureen writes that no one in their family has the virtue the former governor does.

“The prospect of Bob conspiring to cheat someone orsell the office is absurd, above all with someone he barely spoke with aside from issues with their children.

“His family, close friends, college roommates, and some senior staff all have witnessed Maureen’s inappropriate behavior. The tragedy is, none of us, including me, wanted to tell Bob about his wife’s conduct for fear of hurting him, particularly when he was so busy as a state delegate and lawyer to running the Commonwealth and Republican Governors Association. Our silence, in an effort to protect Bob, is something we all have to live with.

Father Wayne Ball, who McDonnell has been living with in Richmond has been a priest for more than 25 years. He writes:

“Please give serious consideration to the alternative sentencing proposals so that some visible good might come from this series of events that have caused so much pain to so many people. Throughout the trial you unabashedly showed that you were a man of faith. On January 6, I ask you to show the world that you are also a man of charity and most of all a man hope.” 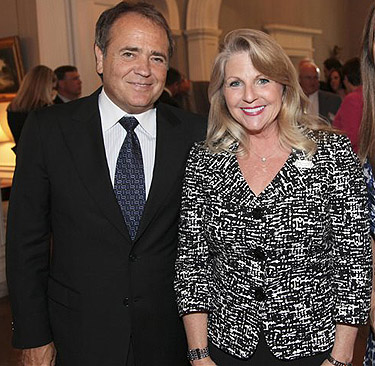 After McDonnell trial, voters should ask more about candidates’ spouses