When HBO Max launched in 2020, it was designed to be the streaming home for everything Warner Bros., DC and HBO, with plenty of stuff for the kids to watch, too. Now, suddenly, HBO Max is starting to look a little different.
Listen now to WTOP News WTOP.com | Alexa | Google Home | WTOP App | 103.5 FM

When HBO Max launched in 2020, it was designed to be the streaming home for everything Warner Bros., DC and HBO, with plenty of stuff for the kids to watch, too. Now, suddenly, HBO Max is starting to look a little different.

The service, which like CNN is owned by Warner Bros. Discovery, has been scrapping TV shows and films left and right as it cuts costs, shifts strategy and prepares to merge next summer with Discovery+, its sister streaming service.

So, what’s going on? The media landscape is decidedly different from the early days of the pandemic, and HBO Max remains in flux.

Why is HBO Max taking away shows it licensed or owns?

There’s a myriad of reasons why HBO Max is removing shows like “Generation,” “Infinity Train,” “Vinyl,” and “The Not-Too-Late Show with Elmo.”

But it breaks down to three key areas: cost-cutting, a shift in the overall content strategy and ridding the service of content that subscribers weren’t watching.

Just because content lives on a service doesn’t mean that it’s free after sunk costs.

Streaming services still must pay residuals to casts and crews of a production, and those costs pile up. HBO Max will save “north of $100 million annually” after removing the shows, according to a source familiar with HBO’s decision.

Warner Bros. Discovery has told investors that it will cut a total of $3 billion in costs at the company, so every little bit helps.

“Keeping titles on a platform comes with a cost,” Julia Alexander, director of strategy at Parrot Analytics, told CNN Business. “Does a title bring in more value to the platform than its cost? If the answer is no, and especially if that title is a low engagement title, which many of these are, then removing titles can benefit a company’s bottom line.”

But isn’t the whole point of streaming to be “everything in our catalog?”

Streaming has trained consumers to believe that everything will be available forever on a service, especially original content. That’s not always the case.

Other services pull content from their libraries too. It’s a part of the business.

What does Warner Bros. Discovery have to say about this?

“As we work toward bringing our content catalogs together under one platform, we will be making changes to the content offering available on both HBO Max and Discovery+,” a HBO Max spokesperson told CNN Business. “That will include the removal of some content from both platforms.”

Nope, Big Bird is still alive. However, the company did reportedly pull 200 episodes of the beloved kid’s series off the service.

Why did it do that? I thought streaming services wanted more kid’s content, not less?

Kids’ programming is vital to the health of any streaming service, but it requires a big investment, according to Alexander.

“Being invested in kids programming, especially live-action, means being all in,” she said. “You can’t just have a couple of shows and hope that suffices. It requires a multi-year plan.”

That goes for animated content as well, which has been on the chopping block at HBO Max lately. Even a new animated series based on Batman, one of the company’s most important and profitable brands, was scrapped.

“Right now, WBD’s two main priorities are driving growth while cutting down on costs,” Alexander said. “Kids programming is an area that top players like Netflix, Apple, Disney, and Amazon are already invested in, while YouTube maintains the majority of that audience’s attention.”

Ultimately, HBO Max wants to focus more on strengths like HBO’s adult dramas and films at Warner Bros., but it will probably reinvest in children’s content again at some point.

What does this mean for the future of HBO Max?

David Zaslav, the new CEO of Warner Bros. Discovery, is focused on making money from traditional revenue streams like TV ad revenue, cable fees and box office totals as well as streaming. This is a shift from his predecessor, Jason Kilar, who bet that the future was in streaming and put most of WarnerMedia’s eggs in that basket.

The streaming world is evolving, and everyone is still figuring out its future.

“It’s not a game of Kilar was right and Zaslav is wrong, or Zaslav is right and Kilar is wrong. It’s a matter of prioritization,” Alexander said. “The future of streaming is still being determined, but it is fundamentally where everything is headed.”

Cable is declining while broadband is expanding and the future of streaming will not be one size fits all, she added.

“It’s a premium service like HBO Max on top of free ad-supported platforms like Pluto TV, on top of licensing shows to other players in the streaming and linear space,” Alexander said. “And it’s in conjunction with theatrical releases — not a total replacement of it.”

Consumer choice will have a large part of deciding what the next era of streaming — and thus HBO Max — will be, she said, adding that “the audience is, and always has been, king.” 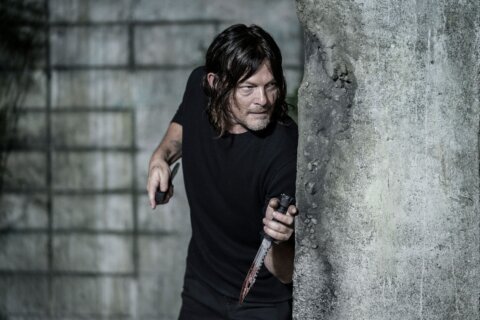 ‘The Walking Dead’ begins ambling toward its end: But it’s not dying anytime soon 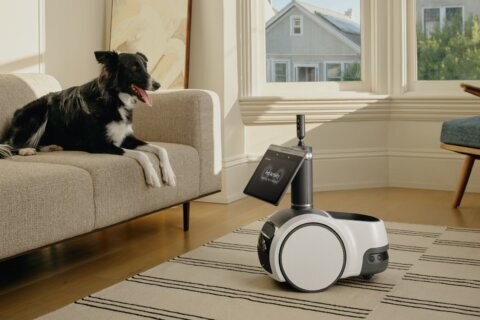 Why ‘Ring Nation’ may be the most dystopian show on TV