The latest extension of "The Walking Dead" "universe," if you can really call it that, "Tales of the Walking Dead" possesses the chance to explore and play with this world-gone-mad scenario, but mostly squanders it. Telling a self-contained story in each hour, think of it as a zombie-fied bonus effort that doesn't kill much more than time.
Listen now to WTOP News WTOP.com | Alexa | Google Home | WTOP App | 103.5 FM

The latest extension of “The Walking Dead” “universe,” if you can really call it that, “Tales of the Walking Dead” possesses the chance to explore and play with this world-gone-mad scenario, but mostly squanders it. Telling a self-contained story in each hour, think of it as a zombie-fied bonus effort that doesn’t kill much more than time.

The four episodes previewed from this six-episode anthology showcase a variety of tones and, thanks to the in-and-out requirement, the ability to attract interesting actors. The writing, however, feels particularly weak, trying to tell small-scale stories that capture society falling apart while usually focusing on a pair of characters thrown together in some peculiar way.

One episode ties directly back into the mother ship, featuring Samantha Morton — who played the villainous Alpha, whose reign of terror as leader of the Whisperers dragged on far too long — in what amounts to a prequel to her story.

After that, these tales offer a mixed bag, both qualitatively and stylistically. Parker Posey and Jillian Bell star in an hour that traps a self-absorbed business owner and her employee in a bizarre time loop — easily the weakest of the bunch, feeling as if it parachuted in from yet another universe. It’s as if someone said zombie stories aren’t overdone enough, let’s toss in more overused sci-fi time-bending conceits for good measure.

Slightly better, if somewhat predictable installments feature Anthony Edwards portraying a scientist researching zombies as some fascinating new species; and Olivia Munn and Terry Crews, the latter playing a doomsday prepper whose fears of the apocalypse have come to pass, without having accounted for the loneliness factor that goes with it.

The fact that the AMC series produced one long-running spinoff (“Fear the Walking Dead”), a lesser one (the teen-centric “The Walking Dead: World Beyond”) and intends to further populate the post-“Dead” herd reflects that the network has committed itself to milking every last ounce of life from the concept, which would probably benefit from at least temporarily resting in peace.

Alas, that’s not in the cards, with the return of Rick Grimes — shifted from originally planned movies back to television as a limited series — among the threads left to unwind. The real emphasis now, though, should be on “The Walking Dead” after all its ups and downs over 11 seasons, and sending that show off in a satisfying manner.

Charitably, “Tales of the Walking Dead” is just another way to kindle the flame until the flagship program begins its final march in October.

With a world of stories from which to choose, in success it would be simple enough for these “Tales” to rise again. Still, presented with boundless possibilities, this opening salvo serves as an uninspired addition to a franchise whose progeny — both too often and somewhat ironically — have just seemed to mindlessly follow the crowd. 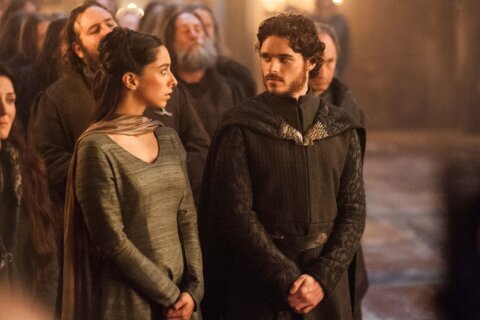 In fantasy, medieval life is depicted as all sexual violence and squalor — it’s not that simple 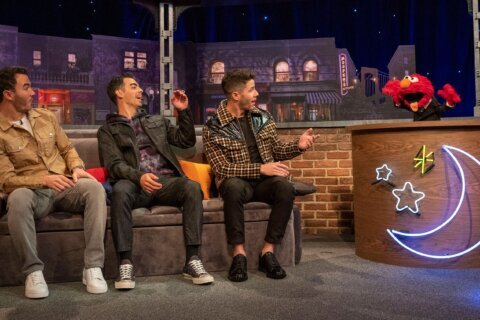 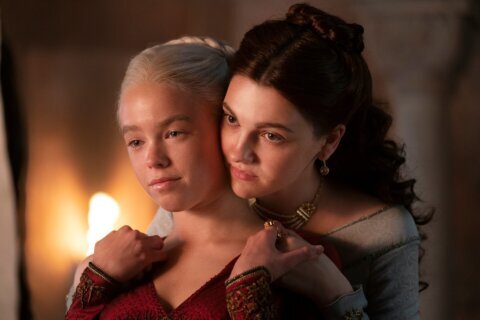