Former press secretary Sean Spicer says he wants to have fun on "Dancing With the Stars" and that it's got nothing to do with politics.

Instead of dancing around questions from White House reporters, former press secretary Sean Spicer will be waltzing on ABC’s “Dancing With the Stars” this September.

And amid backlash over his casting — including from show host Tom Bergeron — he says he was just looking to do something fun outside of his comfort zone.

Spicer said he had conversations with show executives soon after he left the White House, but noted that it “wasn’t the right time” during an interview on Kelly Collis and Tommy McFly’s “The Tommy Show.”

At least, not until recently.

“I thought to myself, ‘You know what? It’s time to have some fun,'” he said. “When are you ever gonna get asked to do something like this again, right?”

He also says he expected there to be people angry over his casting.

“I knew that there would be backlash,” Spicer said. “It would be idiotic to think that wouldn’t be the case.”

But he didn’t expect it to come from host Bergeron.

Some thoughts about today pic.twitter.com/aCQ4SHrGCI

“Tom’s saying, ‘I don’t think everything — I think all of this should be free from politics.’ Well, guess what, that’s just not where we are right now in culture,” Spicer said.

“My hope is that at the end of the show, Tom Bergeron looks back and says, ‘Wow … we actually, I think, helped move the needle a little forward in this country by bringing a bunch of people together from all sorts of backgrounds, political and otherwise, and showing people that you can be free from politics. You can have a fun time and really enjoy the company of another person.'”

Spicer emphasized that his joining the show had nothing to do with politics.

Brown then quickly came under fire for his comments and on Friday deleted his Twitter account, saying “I understand how my comments could lead people to believe that I don’t understand the gravity of the situation. The personal is political.”

Spicer is often regarded as someone who has a dodgy relationship with the truth.

The Mueller Report documents multiple instances of Spicer, as well as former press secretary Sarah Sanders, flat-out lying to reporters while acting in their official capacity.

According to Mueller, Spicer lied about who decided to fire then-National Security Adviser Michael Flynn (Spicer told the press it was President Donald Trump’s decision, but it was then-White House Counsel Don McGahn and then-White House Chief of Staff Reince Priebus; Flynn is now a convicted felon).

He also lied about who decided to fire then-FBI Director James Comey (it was Trump, but Spicer said it was FBI Deputy Director Rod Rosenstein; Sanders lied about this as well, according to Mueller).

And Spicer infamously repeated the claim that Trump’s inauguration crowd size was the largest ever — a claim easily proven false, and one that Spicer later said he “absolutely” regretted.

“Dancing With The Stars” starts its 28th season Sept. 16 on ABC. 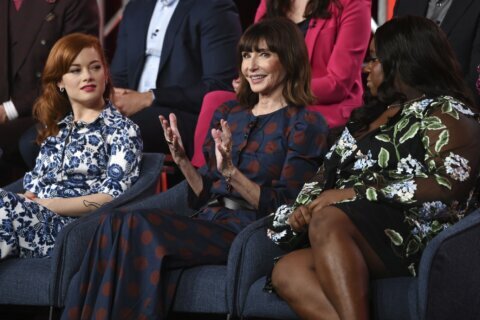 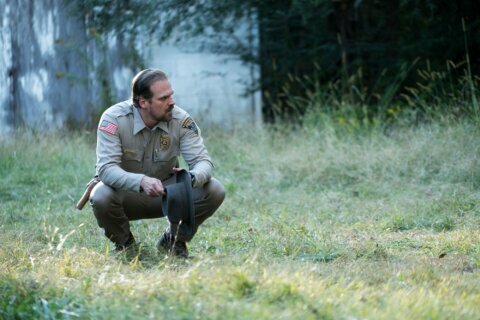