‘The Simpsons’ is pulling its Michael Jackson episode

In light of the controversial “Leaving Neverland” documentary, “The Simpsons” is yanking one of its classic episodes featuring Michael Jackson.

According to the Wall Street Journal, the show is removing the 1991 episode titled “Stark Raving Dad” which featured Jackson’s voice as a character named Leon Kompowsky, a patient Homer Simpson meets in a mental institution who claims to be the singer.

The episode has been a fan favorite since it debuted, giving the world an earworm in the form of a birthday song Jackson sings to the Lisa Simpson character.

But “Simpsons” longtime executive producer James L. Brooks told the publication that in light of the disturbing claims made in the HBO documentary, pulling the episode “feels clearly the only choice to make.”

“The guys I work with — where we spend our lives arguing over jokes — were of one mind on this,” Brooks said.

“Leaving Neverland” chronicles allegations by James Safechuck and Wade Robson that Jackson sexually abused them over a period of several years when they were children.

Jackson, who died in 2009, was accused in 1993 of sexually molesting a boy and charged with seven counts of child molestation for allegations related to another boy in 2003.

Jackson settled out of court with the 1993 accuser and was acquitted in the 2003 case.

He maintained his innocence while he was alive.

Jackson’s family has denied the allegations and condemned the documentary, calling it a “public lynching” and Jackson’s accusers “admitted liars,” in reference to sworn statements made by both Safechuck and Robson while Jackson was alive that he did not molest them.

The family also said in their statement that “Michael was subjected to a thorough investigation which included a surprise raid of Neverland and other properties as well as a jury trial where Michael was found to be COMPLETELY INNOCENT.”

Brooks said the “Simpsons” producers are taking steps to remove the episode from all platforms including on television, streaming services and Blu-ray/DVD box sets.

“This was a treasured episode,” Brooks said. “There are a lot of great memories we have wrapped up in that one, and this certainly doesn’t allow them to remain.”

“I’m against book burning of any kind,” he added. “But this is our book, and we’re allowed to take out a chapter.” 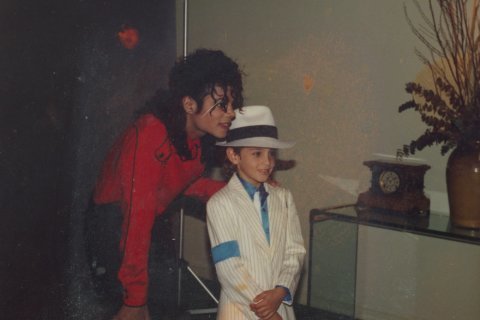 Reactions to ‘Leaving Neverland’ vary. Some say Michael Jackson is a monster, others say film is flawed