EXPLAINER: When is Manhattanhenge? Where can you see it? 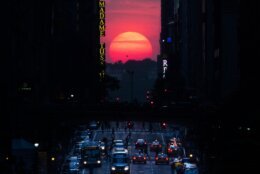 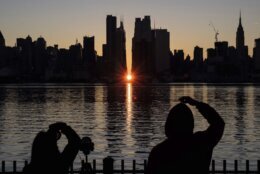 NEW YORK (AP) — Didn’t make it to Stonehenge for the solstice? There might still be time to catch Manhattanhenge, when the setting sun aligns with the Manhattan street grid and bathes the urban canyons in a rosy glow.

This year’s last peak Manhattanhenge sunset was Monday, but a partial view may be visible Tuesday. Some background on the phenomenon:

WHERE DOES THE NAME MANHATTANHENGE COME FROM?

Astrophysicist Neil deGrasse Tyson coined the term in a 1997 article in the magazine Natural History. Tyson, the director of the Hayden Planetarium at New York’s American Museum of Natural History, has said that he was inspired by a visit to Stonehenge as a teenager.

The future host of TV shows like PBS’ “Nova ScienceNow” was part of an expedition led by Gerald Hawkins, the scientist who first theorized that Stonehenge’s mysterious megaliths were an ancient astronomical observatory.

It struck Tyson, a native New Yorker, that the setting sun framed by Manhattan’s highrises could be compared to the sun’s rays striking the center of the Stonehenge circle on the solstice.

Unlike the Neolithic Stonehenge builders, the planners who laid out Manhattan did not mean to channel the sun. It just worked out that way.

Manhattanhenge does not take place on the summer solstice itself, which was June 21 this year. Instead, it happens about three weeks before the solstice and again about three weeks after. That’s when the sun aligns itself perfectly with the Manhattan grid’s east-west streets.

For 2022, peak Manhattanhenge occurred at 8:12 p.m. May 30 and again at 8:20 p.m. Monday. That was when the full sun appeared to hover between buildings just before sinking into the Hudson River.

On the days before and after — May 29 and July 12 this year — the top half of the sun’s disk sits above the horizon and the top half is below at the precise moment of alignment.

WHERE CAN YOU SEE MANHATTANHENGE?

The traditional viewing spots are along the city’s broad east-west thoroughfares: 14th Street, 23rd Street, 34th Street, 42nd Street and 57th Street. The farther east you go, the more dramatic the vista as sun’s rays hit building facades on either side. It is also possible to see Manhattanhenge across the East River in the Long Island City section of Queens.

IS MANHATTANHENGE AN ORGANIZED EVENT?

But Manhattanhenge is mostly a DIY affair. People gather on east-west streets a half an hour or so before sunset and snap photo after photo as dusk approaches. That’s if the weather is fine. There’s no visible Manhattanhenge on rainy or cloudy days, which could make Tuesday’s finale a washout.

DO OTHER CITIES HAVE ‘HENGES’?

Similar effects occur in other cities with uniform street grids. Chicagohenge and Baltimorehenge happen when the setting sun lines up with the grid systems in those cities during March and September, around the spring and fall equinoxes. Torontohenge occurs around Feb. 16 and Oct. 25.

But Manhattanhenge is particularly striking because of the height of the buildings and the unobstructed path to the Hudson. 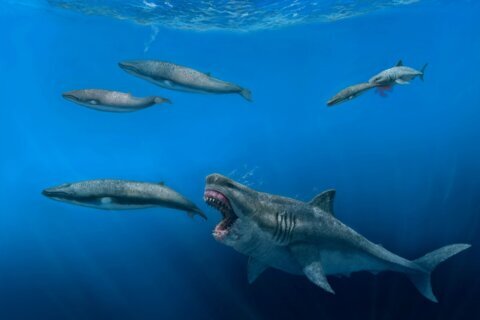 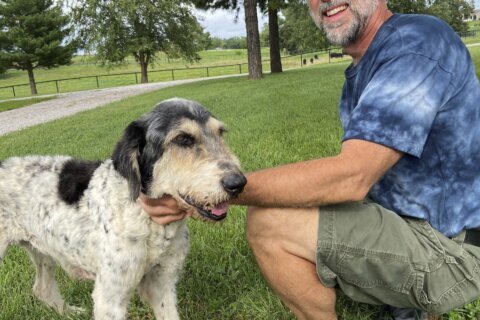