WASHINGTON — Thousands of commuters looking to get out of the region’s terrible traffic will have more-frequent Metro or bus service starting Monday.

In Maryland, Metro will double rush-hour Red Line service Monday to and from Shady Grove.

In Virginia, a new PRTC OmniRide commuter bus will launch between Haymarket and Rosslyn, with free fares through February. The bus from the Heathcote Commuter Lot will then remain half-price for a few years through the end of Interstate 66 toll lane construction.

Since the Shady Grove station opened in 1984, every-other rush-hour Red Line train has turned back toward downtown at Grosvenor-Strathmore. Now, all trains will begin or end at Shady Grove.

“By eliminating the turnback, this will result in the doubling of rush-hour service for customers at the four stations north for Grosvenor: White Flint, Twinbrook, Rockville and Shady Grove,” Metro General Manager Paul Wiedefeld said.

On the other end of the Red Line, some trains will continue to turn back toward downtown at Silver Spring rather than continuing on to Glenmont.

For years, Montgomery County leaders have pushed for the change to alleviate crowding and longer waits near the end of the line and to draw more riders.

“That’s been a long time in the works, so it’s good to have that out there,” Wiedefeld said.

“It supports all that development and future development there, [and] it’s one of the reasons why we’re proposing this similar operation on the Yellow Line,” Wiedefeld said.

The Metro Board has not committed to extending all Yellow Line trains to Greenbelt starting next summer. But in addition to increasing service at busy stations, such a change would also simplify operations, because turning a train in the middle of the line during rush hour can be more complicated than turning a train at an end-of-line station. 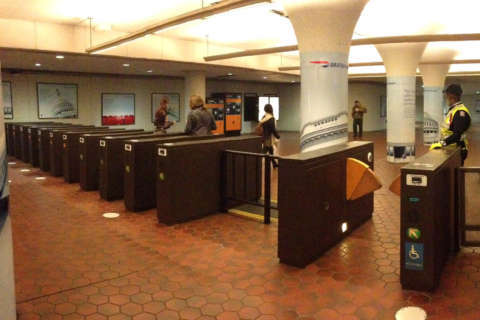